The Integrated Homicide Investigation Team (IHIT) has also arrested an accused in this case. 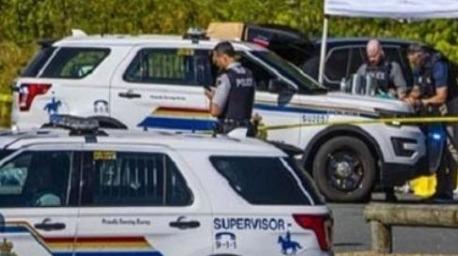 In South Surrey, a gang conflict has once more come to light. Three teenagers reportedly died unexpectedly in Athletic Park; two of them, Harbir Khosa and Jordan Krishna, were of Punjabi origin, and the third, Robin Soroni, was of African origin. Although the incident happened on July 30 at 2:45 pm in Surrey's 14600 block of 20th Avenue; the youths have now been identified by the police.

According to investigators, a Lower Mainland gang was the target of the shooting. The Integrated Homicide Investigation Team (IHIT) has also arrested an accused in this case. According to the police, the current gang war in British Columbia is also the reason for this crime. Jordan and Khosa, who are of Punjabi origin, both had previous police records. In addition, police disclosed information on an SUV that sped off, and they appealed to the public for assistance in identifying the assassins.

Anyone with information regarding the shooting or the suspect is urged by police to contact IHIT at 1-877-551-IHIT (4448) or via email at initinfo@rcmp-grc.gc.ca. Police have arrested 26-year-old Japdeep Randhawa, a resident of Missiga, on charges of attempt to murder.

Fraud in Ayushman Yojana: 26% of hospitals' claims turned out to be fake, Will the Punjab govt take strict action?