The Congress after securing victory in three seats in the Rajya Sabha elections in Rajasthan has proved all speculations wrong with veteran party leader and Chief Minister Ashok Gehlot emerging the new crisis manager, steering the party through tough times. 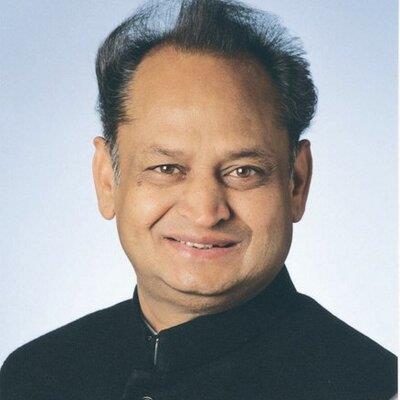 The Congress after securing victory in three seats in the Rajya Sabha elections in Rajasthan has proved all speculations wrong with veteran party leader and Chief Minister Ashok Gehlot emerging the new crisis manager, steering the party through tough times. Gehlot's role is being lauded as the Congress managed to win three out of four Rajya Sabha seats in Rajasthan.The Congress leaders submitted that the regional leaders have shown their strength in the elections and the party should give more powers to the regional satraps.Many were of the view that Gehlot's political acumen was at stake when Congress decided to field three candidates. However, despite all odds, he managed to pull the party beyond the finishing line. The Congress has fielded Mukul Wasnik, Randeep Surjewala and Pramod Tiwari in Rajasthan.However, a drama eventually unfolded in Delhi as both the BJP and the Congress reached the Election Commission.Independent candidate in Haryana, Kartikeya Sharma had moved to the Election Commission to cancel the two votes of Congress MLA Kiran Chaudhary and BB Batra while BJP demanded cancellation of three votes in Maharashtra and two in Haryana.Adopting late Congress leader Ahmed Patel's strategy, the BJP on Friday demanded cancellation of votes in Haryana and Maharashtra for violation of voting procedure during Rajya Sabha polls.A Bharatiya Janata Party (BJP) delegation comprising Union Ministers Mukhtar Abbas Naqvi, Gajendra Singh Shekhawat, Jitendra Singh and Arjun Meghwal, and party leader Om Pathak met the Election Commission (EC) to submit separate memoranda for each state, drawing attention to the violation of voting procedure.
The memoranda mentioned that the Commission had, in Ahmed Patel case in 2017, clearly held that the very act of showing the ballot paper to anyone other than the election agent of the party to which the voter belongs, renders the vote invalid, and the returning office is bound by rules to cancel such a vote even if it has been cast in the ballot box and mark it for 'not to be counted' in the final counting.