Get the Netflix like party in town with Ant-Eye!

If you're a fan of parties from Netflix teen dramas, Ant-Eye will surprise you! 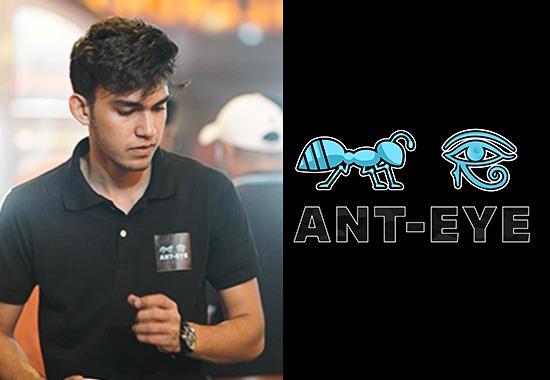 Parties in small town aren't like the ones we see on Netflix teen dramas; it's just basic and we keep daydreaming about the parties that are a routine in big cities.

Dhruv Arora, a twenty year old youth came up with the concept of "Ant-eye" after having a monotonous college life. He is a third year student of B.Com  in financial services.

Though he aspires to go for Civil Services, he doesn't want to bid adieu to his social life. It all started in 11th grade with him inviting a number of people to his house party but a larger portion showed up, similar happened in the 2018 new year eve's party, his parties always attracted crowd more than expected which motivated him to keep going. He now considers party organising to be a stress reliever.

The moniker 'Ant-Eye' took him around two months to come up with. He said "The name came from Ant being the most hard-working and evolutionary species in this world, they evolve so fast that even DTT (an insecticide that kills insects by disrupting their nervous systems) couldn't kill them. And Ant Eye's view is from grass to sky, there's no limit." The name was decided upon after much deliberation.

The notion behind starting Ant-Eye was to bring the big city parties to Jalandhar, so that the youth gets a party life they witness in Metropolitan cities. Despite the fact that the majority of today's youth prefer to shop online, his passion for shoes and interest in reselling inspired him to create a one-of-a-kind street wear and sneakers exhibition at Peddlers, Jalandhar, which turned out to be a notable event, he was bedazzled by the crowd and this gave him a breakthrough to hold-up with his work.

Going forward he contacted Jaywalking  which is a street wear based fashion house, with all his guts. A never-before-seen event was organised in Chandigarh after a week of discourse between the two. He has a knack for getting things done.

Throughout his journey, his parents have supported and appreciated his ideas. Though some have criticised him for working at such a young age, his friends and family know that he does not enjoy sitting idle and that's why he is into organizing such events.

His street wear and sneaker exhibition idea started a trend, and many others were influenced by it. He relishes travelling and hence hopes to take parties to many locations in the future; thus, he dubbed this concept as Ant-Eye Going Places!

His latest event was a collaboration with the owner of Wonderland, Jalandhar. The owner, Harman and Dhruv are close friends and they both had party plans, so they put up a massive music festival, an unrivalled event in Punjab.

But there are always last minute surprises even though everything was well managed, mother nature had different plans as it started raining at 9 pm during the event but he managed to keep the party going; he attributed his ability to handle the turmoil to God's kindness.

Ant-Eye's main goal was to make Jalandhar's night life more happening and in that process they ended up bringing a new wave of partying in Punjab.