NASA shared the link to track the path of the asteroid.

The National Aeronautics and Space Administration (NASA) on Twitter announced on January 12 that the asteroid 1994 PC 1, will come close to Earth on January 18.
NASA shared the link to track the path of the asteroid.
Track it here: https://eyes.nasa.gov/apps/asteroids/
NASA's Center for Near-Earth Object Studies (CNEOS) revealed that the asteroid is twice the size of Burj Khalifa.  According to the US space agency, the asteroid 7482 is about 1.6 km wide and will flyby at a speed of 69,200 kilometers per hour. The asteroid is categorized as “potentially hazardous object” due to its relative proximity to the Earth while shooting past.
The Tweet read, "Near Earth #asteroid 1994 PC1 (~1 km wide) is very well known and has been studied for decades by our #PlanetaryDefense experts. Rest assured, 1994 PC1 will safely fly past our planet 1.2 million miles away next Tues., Jan. 18.” 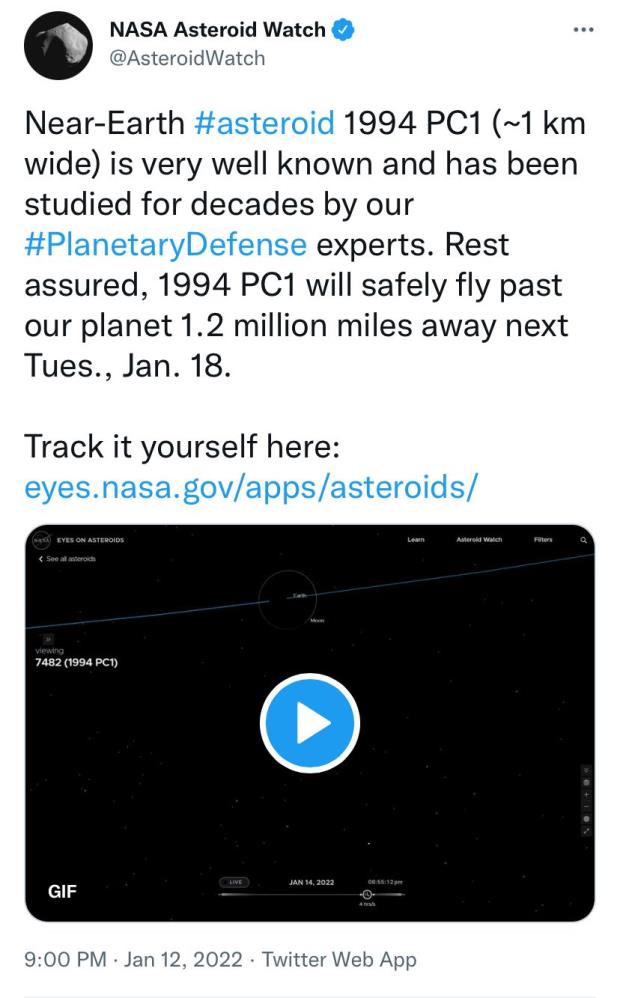 Nasa assured that 1994 PC1 will safely fly past the planet 1.2 million miles away. NASA tweeted, “FACT: There is no known threat from any asteroid for at least the next 100 years. Our Planetary Defense Coordination Office constantly monitors potential threats from asteroids and other Near-Earth Objects.” 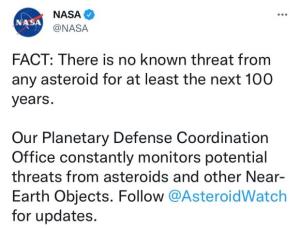 Also read: World Asteroid Day: When, Why and How the day is celebrated, here's what to know

This giant asteroid will be visible by a good telescope. This phenomenon will occur at 4:51pm EST on January 18 and 3:21am IST on January 19.