Global Garbage Man Day 2022: Why do we celebrate THIS day, History & Significance; Know All

The Global Garbage Man Day on June 17 honours the garbage man and woman of the world. 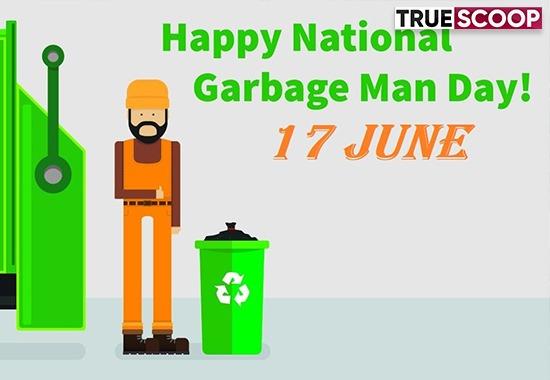 The Global Garbage Man Day on June 17 honours the garbage man and woman of the world. From collecting our garbage to seeing it through the entire disposal process, the garbage collectors provide their services to the world relentlessly each day. Even a day’s delay in taking away the garbage can result in inconveniences and the risk of diseases spreading.
Thus, garbage collectors and the associated sanitation workers do society a great service by keeping it healthy and clean, day in and day out. The day also sheds light on the job’s dangers as garbage collecting and disposing of is considered one of the most dangerous jobs in the world due to things like inhaling odours, chemicals, and broken glass. All of these can lead to serious repercussions.
History Of Global Garbage Man Day
Global Garbage Man Day was started in 2011 by John Arwood. Arwood is an American businessman and the CEO of JDA company, which specializes in garbage disposal and demolition.
During his childhood, Arwood was an avid recycler who collected bottles and general waste with his father to lessen the burden of waste on the environment. In 1997, Arwood recognized the potential the internet has for the business world, and thus, he launched his company’s website.
Also Read: Chittaranjan Das Death Anniversary: Unknown facts about Deshbandhu, Swaraj Partys founder; Honours & more
Slowly and steadily, his business grew all over the country. But, Arwood soon realized that his garbage disposal staff was underappreciated by the community at large. Therefore, he started the Global Garbage Man Day in 2011, and from then onwards, people have been showering the garbage disposal community with appreciation and recognition. The Global Garbage Man celebrates all garbage collectors regardless of gender as the ‘man’ is an abbreviation of ‘human’.
Arwood went on to extend the Global Garbage Man Day to a Waste & Recycling Workers Week to envelope all of the garbage workers community. Since the beginning, the day and the week have collected several awards and proclamations from state mayors and important political figures in America. Apart from showing appreciation, the day also aims to spread awareness about the dangers of the job.
Garbage collectors and disposers fall sick due to the unhealthy odours and chemicals they are exposed to. There’s also always the risk of cutting themselves on broken glassware or other sharp items or becoming prey to diseases due to the unsanitary nature of their jobs.
Many garbage collectors, both men and women, end up in the hospital due to their injuries sustained at their jobs that resulted in injuries, in the best-case scenarios, or serious disabilities or death, in the worst-case scenarios.