Google doodle celebrates the Tokyo Olympics with its miniature game, here’s how to play 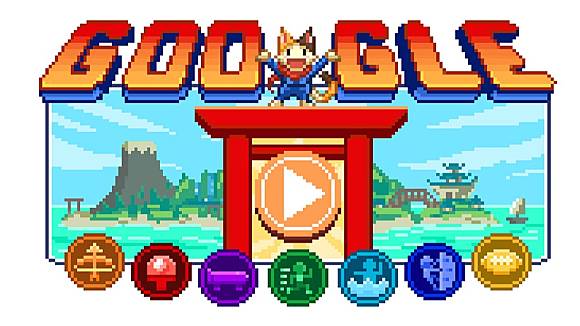 Tokyo Olympics 2020 would begin from today and to commemorate it, Goggle Doodle has introduced a new animated game and has named it Doodle Champion Island Games. It is a 16-bit Olympic-themed mini-game that you can play and Google would display your score on the global leader board. The game has been designed with the collaboration of Japanese Animation House Studio 4°C.

The default player name is “Lucky, a ninja cat” and the player would play the game in one of the four teams, which are named – Blue, Red, Yellow and Green. The teams are represented by a cow (Ushi), a crow (Karasu), a fox (Inari) and a Japanese turtle-like creature (Kappa) respectively.

Also Read: ‘Be Like an Olympian’: BJYM launched a campaign to inculcate values of sportspersons among youth

Here’s how to play the animated Google doodle game:

Google doodle welcomes you and informs you about the game. As per the Google doddle page, “Welcome to the Doodle Champion Island Games! Over the coming weeks, join calico (c) athlete Lucky as she explores Doodle Champion Island: a world filled with seven sports mini-games, legendary opponents, dozens of daring side quests, and a few new (and old) friends. Her ultimate goal? Defeat each sport Champion to collect all seven sacred scrolls and complete extra hidden challenges across Champion Island in the purrr-ocess.”

Name of the winners would be written on the global leader board.