Google Pixel 6a Price in India: Features & Specifications, How to buy Online from Amazon & Flipkart 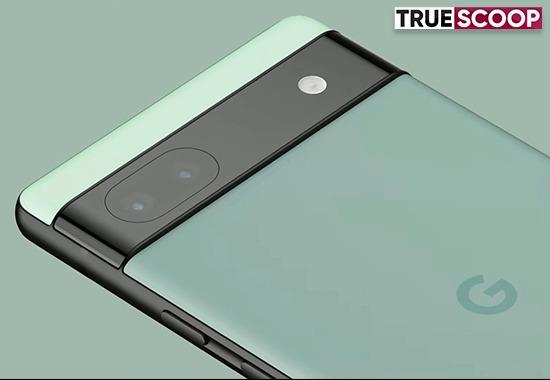 Google Pixel 6A Launch Price: Last year, Google launched two smartphones in its Pixel 6 series. These included Pixel 6 and Pixel 6 Pro smartphones. At the same time, now Google has entered another new smartphone in the Pixel 6 series. A new smartphone has been introduced by the name Pixel 6a ( Google Pixel 6a ). Read about it in detail.
Google Pixel 6 a Specifications, Check
Google Pixel 6A has a 6.1-inch display. It has a Full HD+ resolution OLED panel with a 60 Hz refresh rate. For security, this smartphone has an in-display fingerprint sensor. The screen of the phone has been introduced with 24-bit depth and HDR support including 16 million colours. Pixel 6a is powered by an in-house Tensor chipset with AI-powered features.
Google Pixel 6 a Price
Google Pixel 6a has 6GB RAM and 128GB internal storage. It also comes with a Titan M2 security chip. Talk about its price, so it has been brought to India for Rs 34,809. You can buy the Google Pixel 6A smartphone in three colour options. These include black, white and mint green colours. If you are also thinking of buying this smartphone, then it can be pre-ordered from July 21.
Also Read: Accessible travel for all the disabled people: Know the additional facilities provided
Google Pixel 6 a Features
Talking about the features of Google Pixel 6a, it is with in-built anti-phishing and anti-malware protection. The company has promised a minimum of 5 years of security updates for the device.
This smartphone has sensors like ambient light, barometer, gyrometer, proximity, sensor magnetometer and accelerometer. For connectivity features, the phone has Bluetooth 5.2, Wi-Fi 6 (802.11 axes), Wi-Fi 6e (6 GHz) and MIMO.
Google Pixel 6 a Battery & Camera
Google Pixel 6A has a dual rear camera setup in which the primary sensor is 12.2 megapixels, which is with Sony IMX363 wide-angle. At the same time, the ultrawide camera is available in 12 megapixels. Whereas, the front camera is given 8 megapixels. Talking about the battery, it has a 4,400 mAh battery, which has been brought with 25W fast charging support. Using the battery saver, this phone can be used for 72 hours.