The most used search engine – Google turns 23 on Monday. 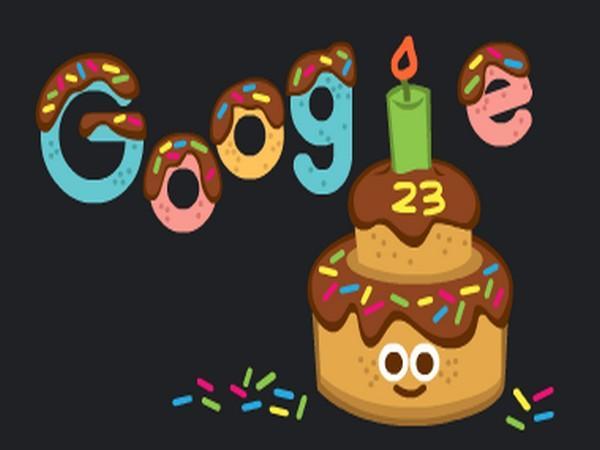 Today, the most commonly used search engine Google has turned 23 and to mark this happy occasion the company has come up with a unique cake doodle on its homepage. The page was officially found on September 27, 1998, and was founders Sergey Brin and Larry Page at Stanford University.

Google celebrated the 23rd birthday and on a blog post wrote, “Its mission of making the world’s information accessible to everyone remains the same. Happy 23rd Birthday, Google!”

Today on Google’s birthday, we have brought some interesting facts about it, which you probably don’t know.

Have a look at those here:

Brin and Page, in 1996, collaborated and made a ‘web crawler’ which was named “BackRub” because the program analyzed the web’s backlinks.

On September 15, 1997, Page and Brin registered the domain name of their search engine as Google, which was the twisted form of googol. ‘Googol’ is a term used to represent a numerical value in which one is followed by hundred zeroes.

3.) Google’s first server was made of Lego bricks:

In the initial year, Page and Brin made a house of Lego bricks and used it as a server. The house contained 10 disks of 4GB each.

Google’s first office was a rented garage in Menlo Park, California. The garage was owned by Susan Wojcicki, who was Google’s first marketing manager and current CEO of YouTube.

Google’s inaugural doodle was a burning man stick figure and was created by Page and Brin in August 1998.

7.) Sundar Pichai was interviewed on the same day they announced Gmail:

Currently, Sundar Pichai is the CEO of Alphabet, the parent company of Google. He was interviewed for the post on the same day they announced Gmail – April 1, 2004, and when he was asked about his idea for the new entry he thought that it confused as he had no idea if was an April Fool's joke, or if it was real.

8.) Swedish Chef is the preferred language in the Google search.

9.) Goggle has had an animal-friendly office since the beginning.

10.) Google had to change its number: