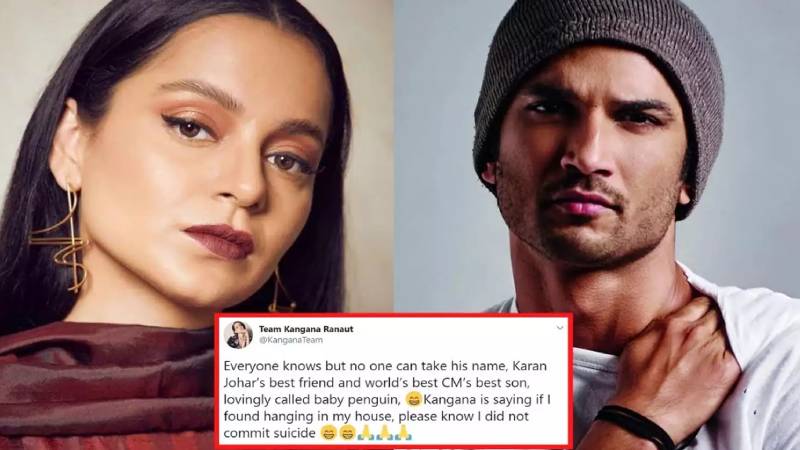 According to reports, a couple of rounds were fired outside Kangana Ranaut's residence in Manali near its boundary wall. Ranaut reported that she along with a couple of her friends were at her residence when around 11:30 pm, she heard gunshots that were fired at an interval of approximately 8 seconds. Ranaut reportedly asked her security guard to take a look at what had happened. On inspecting the area, her guard was unable to locate anyone and stated it as probably being "firecrackers" however, Kangana claims that she's heard the sound of gunshots before and it definitely sounded like one moreover, this isn't the time when one would hear the sound of firecrackers in Manali, especially not at such an ungodly hour. The police along with a DCP rank officer later arrived at her residence and inspected the area. They reportedly stated that it might have been her neighbours, who were the owners of an orchard nearby who fired those rounds on "bats trying to ruin the apples in the orchard" but didn't recover any cartridges near the area. Kangana said that too didn't seem like a logical answer as she's never heard of anyone firing rounds on bats at night. She also claimed that she called her neighbours in the morning and they blatantly denied carrying out an activity of such sorts.

3 personnel from the police department have now been stationed at her residence for her security and well being.

Ranaut claims that it is nothing but a few mischievous hooligans trying to intimidate her for being bold enough to name prominent figures in the industry. She claims that it isn't very difficult to find people to carry out such tasks. "All you need to do is pay someone seven to eight thousand rupees and they'll do it for you". According to reports, she claims that this might be how they probably intimidated Sushant Singh Rajput and pressurized him to take such a drastic step.

Ranaut was also heard saying that her parents were worried for her safety and well being and reportedly want her to stop speaking out but, she will continue to do so for the sole purpose of unmasking the "hooliganism" that is every so evidently present in the Mumbai Film Industry.

She finally heard saying- "don't you think it's strange yet evident that such an incident happens right on the day I name Aditya Thackeray?"

It is also reported that she was heard saying- "if I were found hanging in my house, please know I didn't commit suicide"