As per information, the pilgrims will return to India on 26th and they’ll have an opportunity to visit almost Sikh shrines, including Gurdwara Darbar Sahib, Kartarpur. 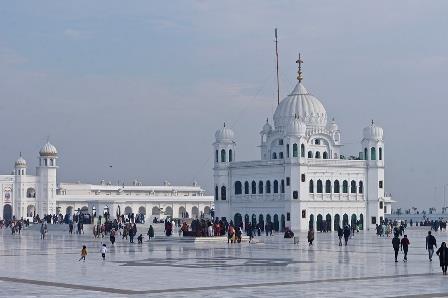 A batch of 855 Sikh pilgrims left for Pakistan via the Attari-Wagah border on Wednesday to celebrate the 552nd birth anniversary of Sikhism founder Guru Nanak at his birthplace at Nankana Sahib.

As per information, the pilgrims will return to India on 26th and they’ll have an opportunity to visit almost Sikh shrines, including Gurdwara Darbar Sahib, Kartarpur.

One of the members of SGPC, talking to the media, said they have specially arranged this pilgrimage keeping in mind the pious occasion of Guru Nanak Dev’s anniversary. The devotees have been told all the guidelines so that they do not face any problem while travelling to different Gurudwaras in Pakistan.

He further said that as per the notification received from the Pakistan High Commission in New Delhi, the pilgrims who have been vaccinated with both doses against Covid-19 are allowed to enter Pakistan. Besides, they must undergo a Covid test 72 hours before leaving.

Also Read: Sidhu in Command again: Says all MLAs might not get ticket again, No word on CM-face

On the other hand, the devotees say that they are very happy that they have got the opportunity to celebrate the occasion at Guru Nanak’s birthplace. They said it was their heartfelt wish to go to Pakistan and they are thankful to both Indian and Pakistan government for fulfilling their wish.