Under this project, the state government has aimed to establish 5 cities at par with Singapore and will seek an investment of at least 50, 000 crore Author : Tushar Singh 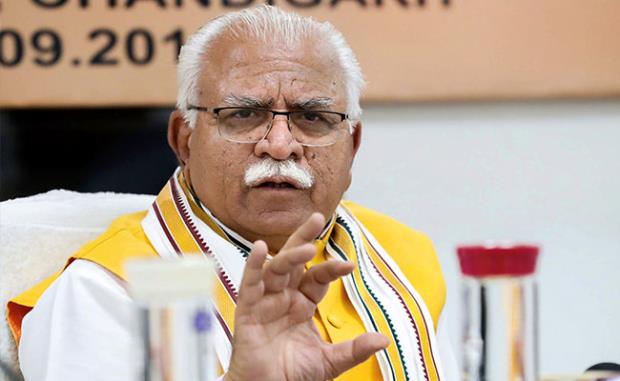 Haryana Chief Minister Manohar Lal Khattar has left for yet another Dubai trip, this time he is looking for investors for Gurugram’s 1070-acre global city project.

Under this project, the government has aimed to establish 5 cities at par with Singapore. For the promotion of this project, Haryana CM will meet builders of over 15 companies and will preside over a round table conference of delegates from these companies.

Khattar will also present the vision of his government on this project, which is being led by himself, in a two-day meet. Haryana state government is all set with the master plan for this global city project.

As per the reports the project will be established in a hi-tech fashion with jaw-dropping skyscrapers at par with the world’s famous landmarks.

The government is committed to making the global city a much special project. Intercity and City Buses will be made connected to the upcoming project. Based on the mode Regional Rapid Transit System (RRTS) the city will have the connectivity of semi-high-speed trains.

The city will be connected with the Dwarka expressway which will establish the route directly with Delhi’s Indira Gandhi International Airport. Apart from this the metro route connecting Manesar with Gurugram’s Huda City Centre will pass through the upcoming global city project.

The global city project will see an investment of at least 50, 000 crore. The government will provide the companies making investments in the project with approximately around 100–150-acre plots on which the builder companies will construct the cities.

The Chief Minister had gone to see Jungle Safari Park in Sharjah, Dubai 3 days back. Jungle Safari Park is being built in the Aravalli hills of Gurugram and Nuh on 10000 acres, 5 times bigger than Sharjah’s 2000 acres area park. The Haryana government is claiming that this jungle safari park will be the largest in the world.