Gurugram District Magistrate Amit Khatri said in a notification that all political, cultural, religious and social events have been cancelled in the district and people are not allowed to assemble at public places. 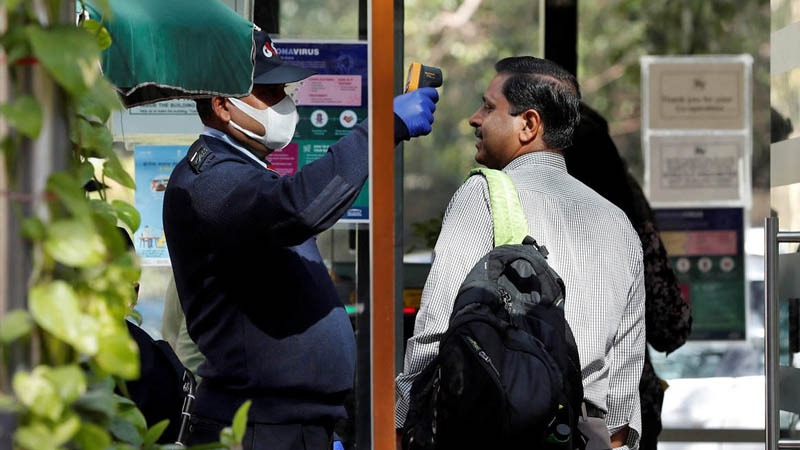 In a bid to prevent community transmission of the dreaded coronavirus, the Gurugram district administration has decided to lockdown all social gathering places in the district.

Gurugram District Magistrate Amit Khatri said in a notification that all political, cultural, religious and social events have been cancelled in the district and people are not allowed to assemble at public places.

Khatri further said that in-house dining in public places like restaurants, dhabas and hotels are completely banned though home delivery has been allowed as of now. All barber shops, beauty parlours have been told to follow proper guidelines of sanitising their premises.

"We have also decided to shut down all private and corporate establishments and production houses like factories. All weekly bazaars, shopping malls and local markets have been asked to shut operations with immediate effects," Khatri said.

In Sushant Lok, the victim belongs to the Laburnum residential complex with a travel history to the UK. The infected person has been shifted to an isolation ward. His family members have also been put under quarantine.

Due to this, the entire Laburnum complex has been locked down and residents have been asked to undergo self-quarantine for 14 days.

J.S. Punia, the Civil Surgeon of Gurugram, has confirmed the incident. He said the housemaids associated with the upscale residential complexes in the district are undergoing scanning to prevent the virus from spreading.

"On Saturday, the district administration has collected 50 samples of suspected cases. So far, 131 samples have been collected of which 31 have returned negative. The reports for the remaining samples are awaited," Punia said.

He further said that 13 out of the 14 Italian tourists, who have been admitted to the Medanta Hospital, are ready for discharge now.