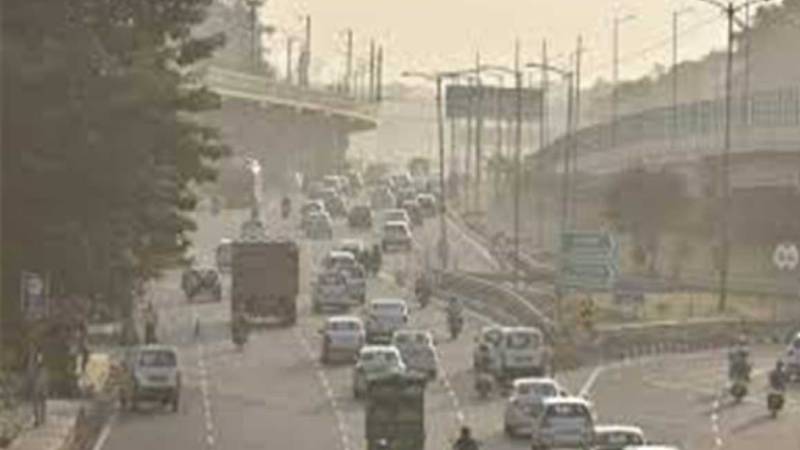 A penalty of over Rs 7.25 lakh was imposed on 29 violators on Saturday by the teams deployed to monitor the implementation of measures to combat pollution in Gurugram through the government's under the Graded Response Action Plan (GRAP), which came into force on October 15.

A team from the Municipal Corporation, Gurugram, visited Sector-27 and 42 and other locations on Saturday after several complaints were received from the residents of these areas.

The complaints were related to the flouting of environmental norms.

Twenty-nine violators were fined Rs 7.25 lakh during the spot inspection.

The violators were warned by the civic body officials to comply with environmental regulations in construction activities.

Under this, the construction sites and construction material should be covered, otherwise, an FIR will be filed against them and legal action will also be taken against the violators.

On Friday, penalties amounting to Rs 63,000 were imposed for flouting GRAP norms.

This includes six challans amounting to Rs 13,000 for garbage burning and one challan of Rs 50,000 for biomass burning imposed on residents.

Apart from this, the corporation officials had also slapped a fine of Rs 75,000 on a builder whose construction material was lying on the road and had not been covered.

"The construction projects that violate the environmental norms will be penalized to keep pollution under control. Also, I have given the necessary directions to the officials concerned to seriously ensure compliance with the Graded Response Action Plan by the Environmental Pollution (Control and Prevention) Authority. If there is violation of this a hefty penalty will be imposed and legal action will also be taken against the violators," said Jaspreet Kaur, Additional Commissioner of the Municipal Corporation.