Half of the Australians donated to bushfire appeal reveals survey

To support bushfire relief efforts, one in two Australians have donated money according to a new survey over the weekend, with meteorologists warning more hot and dry weather is to comeback after a heavy rain which curbed many of the blazes for sometime. 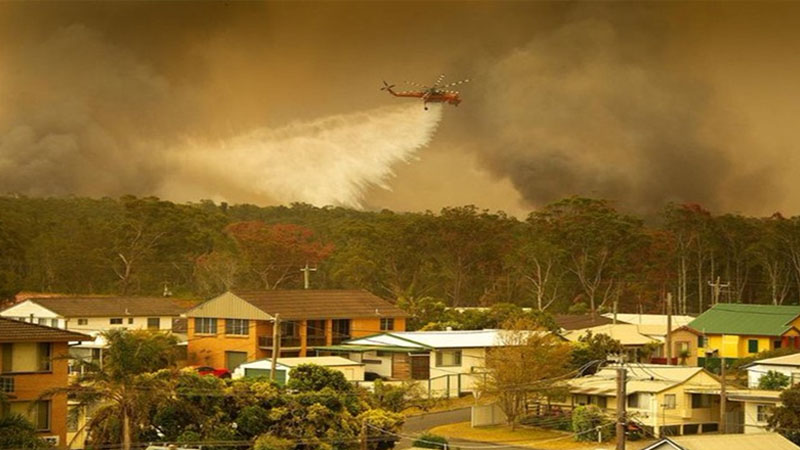 The Australian bush has always burned, but this season's fires began early, have in the past four months took the lives of 33 people, millions of animals and have toasted an area nearly the size of Greece.

Bushfires destroying thousands of homes and inflicting psychological and physical damage to many, Australians have been humongously coming together to aid one another as country looks to rebuilding.

Nearly 53 per cent of the Australians have donated to a bushfire appeal during this season, a survey conducted by the fundraising and marketing consultancy More Strategic in partnership with the Fundraising Institute Australia (FIA) showed over the weekend.

Nearly half of the donations went to a collection organised on behalf of a charity, while 14% have donated through Facebook. Estimates on total money collected varies, as donations keep pouring from Australia and abroad, with some Australian media saying hundreds of millions of dollars have come in so far.

Prime Minister Scott Morrison said on Monday that he will move a motion of condolence at the parliament's first sitting in early February.

"These fires have been devastating but through these terrible times we have also witnessed the Australian spirit on display with an outpouring of love, support, courage and generosity," Morrison said in a statement.

With more than a week of solid rains in Victoria, New South Wales and Queensland, the three states most affected by the bushfires, the number of blazes has more than halved, but there were still several dozen fires burning, according to fire services.

However, meteorologists warned on Monday that the cooler conditions may be over soon.

"The reprieve may be short lived with a blast of heat likely late this week in some areas," the Bureau of Meteorology in the New South Wales state said on Twitter.

Get the latest update about Australia Bushfire, check out more about Doantion Appeal, True Scoop, True Scoop News & Destruction of Homes and Land