Hamid Ansari spy ISI row has finally been addressed by the former Vice President of India. 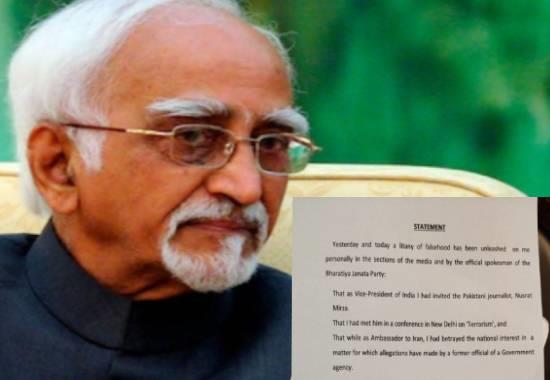 In a massive development over the Hamid Ansari ISI spy controversy, the former Vice President of India broke his silence and accused the ruling BJP of unleashing falsehood against him. Political parties and the people of India were left shocked when a Pakistani journalist named Nusrat Mirza confessed to spying for ISI and named then Vice President Hamid Ansari in his shocking revelations. Ever since then, the demand for a probe over Hamid Ansari's link with Pakistan and ISI has been increasing. Now, Hamid Ansari spy ISI row has finally been addressed by the former Vice President of India.
Hamid Ansari refuted all the allegations leveled against him by the Pakistani journalist and also released his signed statement slamming the ruling BJP.
Responding to the allegations, Ansari said, "It is a known fact that invitations to foreign dignitaries by the Vice President are sent on the advice of the government, generally through the Ministry of External Affairs.
"I had inaugurated the 'International Conference of Jurists on International Terrorism and Human Rights' on December 11, 2010. As is the normal practice, the list of invitees would have been drawn by the organisers. I never invited him or met him."
Also Read: PAK Journalist Nusrat Mirza claims 'he spied on India' to pass info to ISI as invited by Hamid Ansari; Watch
In his defence, Ansari said that his work as Ambassador to Iran was at all times within the knowledge of the government of the day.
"I am bound by the commitment to national security in such matters and refrain from commenting on them. The government of India has all the information and is the only authority to tell the truth. It is a matter of record that after my stint in Tehran, I was appointed India's Permanent Representative to the United Nations in New York. My work there has been acknowledged both at home and abroad," Ansari said.
Read Hamid Ansari full signed statement here: 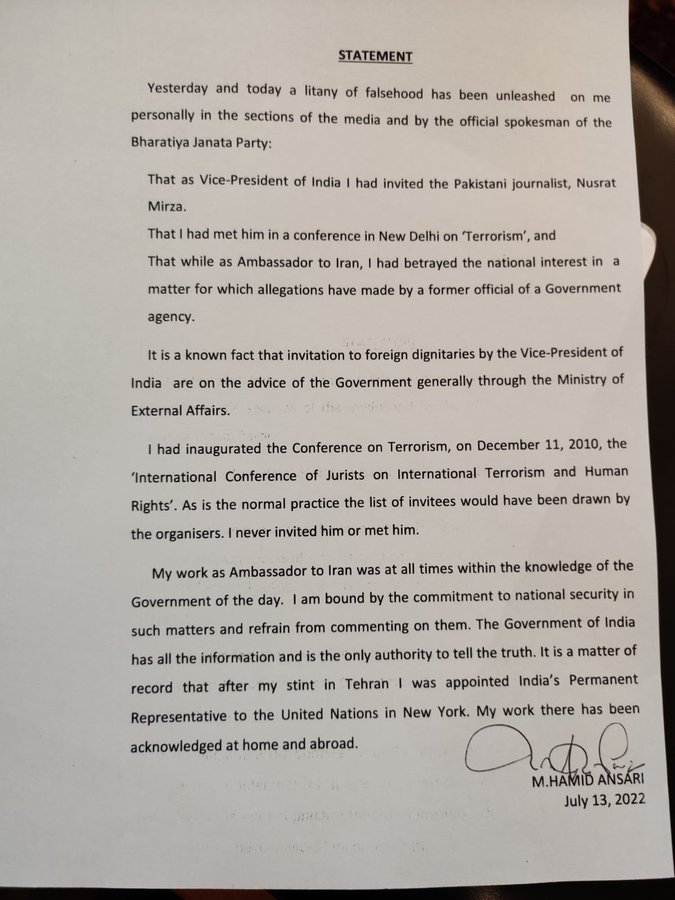