Happy B'Day KL Rahul: Being a Middle-order batter to open the batting; Know the success of LSG captain

Today is the birthday of the Indian team's strong player KL Rahul. He is a very good batter and he has played many important innings for India in many matches and has also led the team to victory. 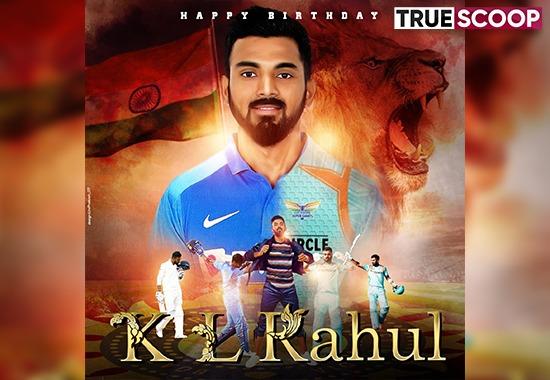 Today is the birthday of the Indian team's strong player KL Rahul. He is a very good batter and he has played many important innings for India in many matches and has also led the team to victory.
After former captain Virat Kohli and captain Rohit Sharma, KL Rahul is the only name who gives hope in a difficult match. This young batsman has also represented India many times and won the match.
Rahul's name was due to his father's mistake
KL Rahul was born on this day in 1992. His full name is Kannur Lokesh Rahul. His father Dr Lakesh is an engineer and his mother Rajeshwari is a professor.
But, you will be surprised to know that due to the mistake of his father, he got the name, Rahul. His father was a fan of Sunil Gavaskar.
He had thought that the son would be named after Gavaskar's son Rohan. But, when KL's name was being changed, his father forgot the name, Rohan. He thought that Gavaskar's son's name was Rahul and he gave the same name to his son.
First I had to become an engineer, became a cricketer
Rahul's father wanted him to become an engineer. Because, he was very good at studies, Rahul was very much attached to sports.
Also Read: IPL 2022: Lucknow captain KL Rahul showers praise on Bishnoi, Badoni for 'good show'
He started taking cricket seriously at the age of 11. His family always supported him in taking forward the sport. After which KL Rahul started his first-class cricket career for Karnataka in the year 2010.
A great role in IPL
KL Rahul is not only a great batsman but also a great wicketkeeper and his fielding is also excellent.
Currently this year he is the captain of the new team Lucknow Super Giants in the IPL, where he is playing his role well.
His game at the moment is very good. She has left her mark all over the world. In today's time, KL Rahul is counted among the great and strong cricketers.
Some important records of Rahul
Rahul is the only Indian cricketer who has scored a century in his debut One Day International match. The fastest Pachasa in the Indian Premier League (IPL) is recorded in the name of Rahul, he hit his fifty in 14 balls.
However, this year Paint Cummins has also come on par with him. Rahul has scored a century for India in all three formats of Test, One Day International and T20 International.
He is only the third Indian batsman to do so. Suresh Raina and Rohit Sharma are the other two cricketers who have done this feat.
Rahul has played for four IPL franchisees including the Sunrisers Hyderabad and has captained two of them, Punjab Kings and Lucknow Super Giants.
On Saturday, the Lucknow Super Giants skipper celebrated his 100th appearance in the IPL with a swashbuckling century, scoring an unbeaten 103 against Mumbai Indians at the Brabourne Stadium.