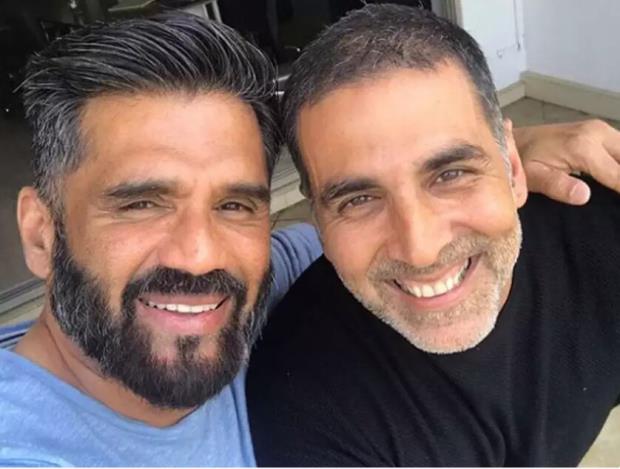 Bollywood’s ‘Khiladi,’ Akshay Kumar celebrated his 55th birthday on the 9th of September where he received an abundance of wishes from his family, fans to all the Bollywood celebrities. Although many actors posted birthday wishes for Akshay, the one that stole all the limelight was Sunil Shetty’s post and Akshay’s response to that. The conversation between both actors have made fans super excited as they hope to biggest franchise of comedy again on the big screens.

The thing that dropped hint about Hera Pheri 3 was that Sunil Shetty on Akshay Kumar’s birthday wished him in the style of Hera Pheri’s famous character ‘Shyam,’ his post read, “'Hey Raju, Happy Birthday Re Baba… Best wishes.” In the response to this post, Akshay Kumar wote, “'Shyam Bhai, thanks for the congratulations. Then do a little hera pheri karne?'

Now, everyone is wondering if the Bollywood actor has just sealed the deal with his post or not. Time will tell whether the audiences will be able to see this amazing comedy blockbuster again or not.