They went to the place where they started the hockey game and by bowing down showed gratitude towards their field. 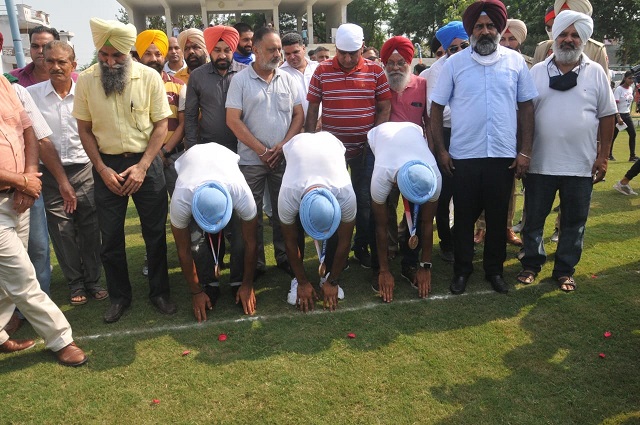 Members of national men's and women's hockey team belonging to Punjab and Haryana on Wednesday returned to their home states to a rousing reception after their stupendous performances in the Tokyo Olympics.

Immediately after their arrival at Sri Guru Ram Das Jee International Airport in Amritsar, the hockey players were accorded a warm welcome by the district administration.

People gathered on the roads to welcome them while some did 'bhangra' and danced to the beats of 'dhol'. 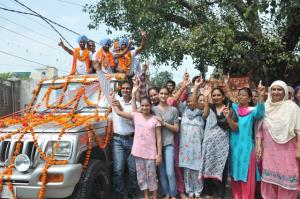 Shiromani Gurdwara Parbandhak Committee, the apex religious body of the Sikhs, had sent a bus which the players boarded to reach the Golden Temple where they paid obeisance.

The players later headed to their respective homes at various places in Punjab, including Jalandhar.

At the Golden Temple complex, SGPC honoured the Indian men's team with Rs 1 crore for winning a bronze medal at Tokyo Olympics.

The SGPG organised a special event in front of the Information Office and presented each of the players a 'siropa' (robe of honour). 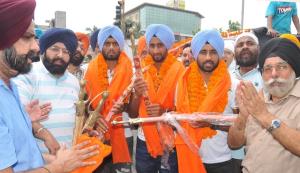 Around 11:30 am, the four team members Manpreet Singh, Mandeep Singh and Varun Kumar, who are residents of Mithapur village, and the fourth player, Hardik Singh, who hails from Khusropur village in Jalandhar, left for their village.

Manpreet Singh, Mandeep Singh and Varun Kumar were welcomed near BSF Chowk and flowers were showered on them. After that, he traveled the whole city in an open jeep and people welcomed him very much.

They went to the place where they started the hockey game. Here, small children who are hockey players welcomed all the three players and after that all three met with the media. While interacting with the media, Captain Manpreet Singh told that he is happy that the medal has come in the country after 41 years. Before this, when the medal came, he was not even born. After this medal, hockey in the country will be more cheerful. 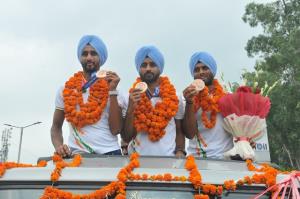