“I got a script where it was mentioned Tripathi’s signature nod here,” Says Pankaj Tripathi

Pankaj Tripathi turned 45 on September 5. He shared that he has now become a star back in his village. 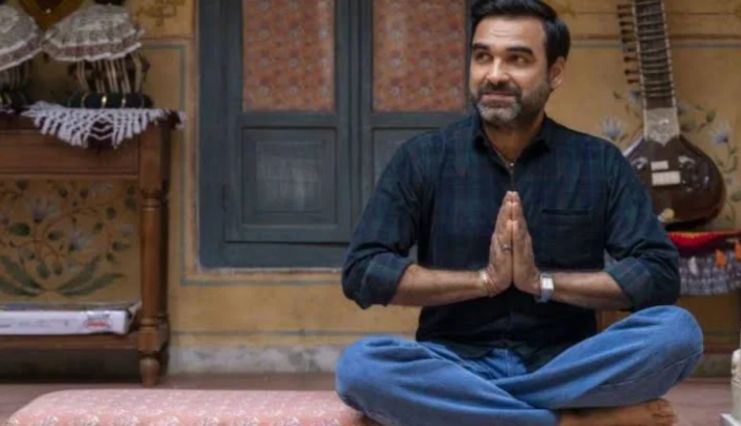 Pankaj Tripathi's acting has left an indelible impression on our thoughts. It might be from ‘Mirzapur' or any other of his films. With his acting, the actor ensures that the audience is engaged.

He showed us a seamless transition between his characters, from Kaleen Bhaiya in ‘Mirzapur’ to Anup Saxena in ‘Gunjan Saxena’.

Tripathi, who’s had a whirlwind year with six projects, including films like Gunjan Saxena, Ludo, Kaagaz and Mimi, and web show Mirzapur 2 and Criminal Justice: Behind Closed Doors, however claims that he needs to take it slow.

“I was running at a very fast pace before the pandemic, doing too much work without any break. Though I never ignored my family, but in a normal work culture, you work for 10 hours, five days a week. I wasn’t following that. I finally understood that life is precious and I need to maintain a balance between my professional and personal life,” Tripathi said, adding that he’s found equilibrium.

Tripathi’s exceptional realistic touch to his performance make all his characters stand out in a project. Though he claims of improvising when it’s needed, he ensures it suits the role. “I keep a grace in my characters, and try to make them perform with that,” he added.

Tripathi getting into the skin of his characters is a masterclass for many. From playing Kriti Sanon’s father in Bareilly Ki Barfi, a flamboyant man who’s after bursting the truth behind her fake marriage in Luka Chuppi to her friend-confidant in Mimi, Tripathi slipped into the shoes of all his characters smoothly. According to him, such varied roles happened organically, as he picks stories which he likes personally, be it any sort of relationship with his co-star on-screen.

“People making memes are very creative. They observe small things and give it a whole new interpretation. I noticed how I do it (neck movement) in the middle of Mirzapur’s shooting. I got a script for a TVC recently where it was mentioned ‘Tripathi’s signature nod here’ (laughs). I say if you ask for it deliberately, I can’t do it. It’s spontaneous.”

Explaining how his family has not watched most of his work but have liked ‘Mimi’, Pankaj said, “A boy from rural India came here to become an actor, and eventually became one, people started recognizing him, this in itself is a miracle. Our state Bihar is a little behind in terms of artistic landscape. I was speaking with Manoj bhaiya (Manoj Bajpayee) too that OTT has made actors like us (from the same state), immensely busy and popular.”

Actor Pankaj Tripathi is an inspiration for many actors now but did you know that he considers Manoj Bajpayee his idol. Pankaj and Manoj later worked together on Anurag Kashyap's Gangs of Wasseypur. Manoj was recently seen in Family Man Season 2 and Dial 100.

For the unversed, at the Indian Film Festival of Melbourne, Pankaj Tripathi received the Diversity in Cinema Award (IFFM).