I was bullied back in 2017 for a dance performance that turned into meme material: Dua Lipa

The singer, 26, was invited, Thursday on 'Tonight Show Starring Jimmy Fallon about a viral video on social media of her dancing during a performance in 2017 and how she has since reclaimed the dance as part of her current Future Nostalgia tour. 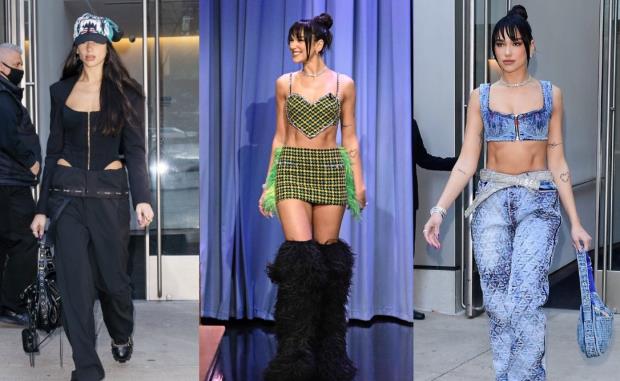 The world-famous Albanian pop star Dua Lipa gets attention with every public appearance she makes.
In addition to a successful career in the arena of international music, the 26-yr-old is also known for her bold and unique style of dress.
Dua Lipa is well known for creating such a hit "New Rules" came recently, as she shared with millions of fans on Instagram some new images, as she is seen in a stylish outfit.
In a recent interview, the pop star Dua Lipa said she won't let anyone disturb her based on her past that could affect her future. The singer, 26, was invited, Thursday on 'Tonight Show Starring Jimmy Fallon about a viral video on social media of her dancing during a performance in 2017 and how she has since reclaimed the dance as part of her current Future Nostalgia tour.
When the host Jimmy Fallon mentioned how much her followers adore the dance on social media, he also added that how "haters" felt it was "lazy" and "uninspired," before Lipa related it to putting her shoe on in a hurry.
Jimmy Fallon, 47, inquired as to why people are "so mean," the "Physical" singer clarified that there are no hard feelings. "The reason we're talking about it is that I've brought it back, I'm doing it on my tour — I'm reclaiming it," she said as per PEOPLE.
"There was a moment where it caused me a lot of grief like I was being bullied online, it wasn't very nice," Lipa added of the dance. However, Dua is currently performing "Don't Start Now" on tour, and she's doing the viral dance.
Also Read: Hollywood stars Mila Kunis and Ashton Kutcher to donate $3 Million to Ukrainian victims following Russia torture on civilians
Dua's controversial choreography consisted of her moving her hips back and forth while standing virtually still, which many thoughts were hilarious. Moreover, following the launch of her Future Nostalgia tour earlier this weekend, the pop star has been praised for her dancing all over social media.
In June, the New Rules singer praised her critics for the 'online abuse' she received for her dancing and stage appearance, saying it motivated her to 'get better.' Meanwhile, Lipa also chatted with Fallon about getting to work with Elton John on their smash song Cold Heart while on the late-night program.