IAS Pooja Singhal Case Updates: What is the secret of 'Diary', Her CA's connection; 'Alert' for Jharkhand Govt 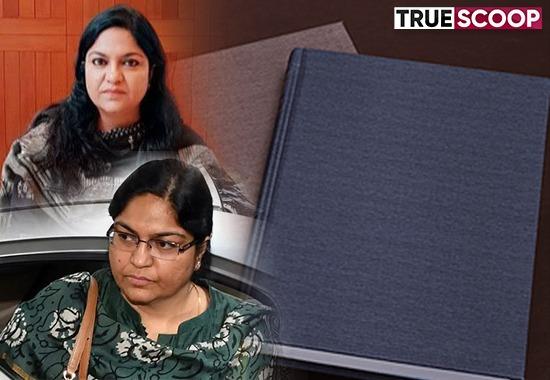 IAS Pooja Singhal Updates: ED has arrested IAS Pooja Singhal in the MNREGA scam of 18 crores. She will be on ED remand for 5 days from 12th May.
The ED will reach Birsa Munda Jail at 10.15 am to take her on remand. On reaching the jail last night, Pooja Singhal's blood pressure increased and she fainted. After that medicines were provided to her by the jail administration, after which her condition improved.
After Pooja Singhal's health improved, she was sent to the women's ward. A diary containing money transactions done through money laundering was also found.
The ED has also found about Rs 19.31 crore in cash, besides documents related to unaccounted or undeclared assets of about Rs 150 crore, from Pooja Singhal's CA Suman Kumar and other locations. Apart from this, the deeds of more than 20 shell companies have been found, so they were running only on paper. Apart from this, a diary containing money transactions done through money laundering has also been found.
IAS Pooja Singhal's troubles are about to increase. The Enforcement Directorate (ED) is getting tighter. She is also seen getting trapped in a money laundering case. Action is going on at about two dozen places of Pooja Singhal's husband, brother, husband's CA Suman Kumar and others.
Crores of rupees in cash as well as several documents of Benami property were recovered in the raids. Now the arrest of some people is also possible in this case. CA Suman Kumar's name is in the headlines the most in this entire action. Let's know about Suman Kumar.
Also Read: IAS officer Pooja Singhal suspended after arrest in money laundering case
Suman Kumar became CA in 2008
When the ED took action on the whereabouts of IAS Pooja Singhal's close friends, the maximum cash was found at the place of CA Suman Kumar. Suman Kumar is a Chartered Accountant (CA) of IAS officer Pooja Singhal and her husband.
On Friday, the ED team got Rs 17 crore 60 lakh from Suman Kumar's house. Which the ED officials took with them by filling them into eight boxes. During interrogation, Suman informed the ED that all the money belongs to him. Suman Kumar became CA in 2008.
Suman Kumar was known as astrologer before 2008
CA Suman Singh is originally from the Saharsa district of Bihar. After becoming a Chartered Accountant in the year 2008, Suman Kumar came to Ranchi. Before 2008, Suman was interested in astrology. He used to read many books on hand, brain lines and by seeing the lines on the hands of people, he used to tell their future.
Suman Kumar's fate changed after coming in contact with Pooja Singhal's husband Abhishek.
When Suman Kumar was studying at CA, during that time many friends and acquaintances used to reach Suman to know about their future. Suman Kamar completed his CA studies and then came to Ranchi from Bihar in 2008.
On coming to Ranchi, Suman got in touch with Abhishek Jha. Suman Kumar's fate changed from here.
Pooja Singhal's CA Suman Kumar is in ED custody
At present, Suman Kumar is unable to give a proper account of crores of rupees recovered from his house to the ED. After this, there is a possibility that the cash received from him could be black money and the responsibility of converting it into white money was entrusted to Suman. ED team has taken CA Suman Kumar into custody for questioning.
Registration of many companies in the name of close friends of Pooja Singhal
In the preliminary investigation, the ED has come to know about the registration of many companies in the names of close friends of Pooja Singhal. Through these companies, illegal earnings are converted into white money.
In the investigation, it has come to the fore that more than a dozen companies are registered at the address of CA Suman's home and office and the director of these companies is close to Pooja Singhal.