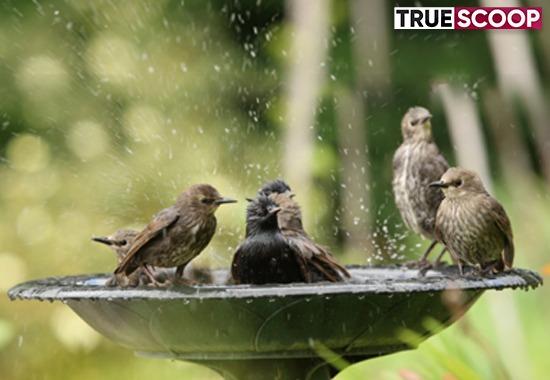 According to the India Meteorological Department (IMD), which began keeping weather data in 1901, the average maximum temperature over northwest and central India for April this year was the highest in the prior 122 years, based on data available till April 28.
In April, the average maximum temperature in northwest India was recorded at 35.9 degrees Celsius, which was 3.35 degrees higher than the long-term average, which is considered "normal." This is higher than the previous high of 35.4 degrees Celsius set in April 2010. In April, the average maximum temperature in central India was 37.78 degrees Celsius, which was higher than the average of 37.75 degrees in 1973.
In April, the minimum temperature remained above normal, indicating above-normal nighttime temperatures. In April, the average minimum temperature in northwest India was 19.44 degrees, which was 1.75 degrees higher than the long-term average.
According to the IMD's monthly projection, which was released on Saturday the maximum temperature over northwest India is expected to continue above normal in May.
According to Mrutyunjay Mohapatra, director-general of the IMD, northwest and central India experienced "consistently meager rainfall activity" in March and April. Northwest India experienced a rainfall shortfall of over 89 percent in March and a deficit of around 83 percent in April. The western disturbances were feeble and dry, which resulted in a shortfall in pre-monsoon rainfall throughout the northwest and central India, according to Mohapatra.
The reason why these summers are extremely hot in India:
According to the IMD, 6 western disturbances impacted north India, however, they were generally weak and moved through the higher Himalayan peaks. The last three western disturbances in April brought high winds to portions of Delhi and dust storms to Rajasthan.
In April of this year, 146 incidents of a heatwave or severe heatwave conditions were reported across the country, the most since 2010, when 404 cases were registered. In a stretch that began around April 27, parts of the country are currently experiencing scorching temperatures. In April of this year, the average maximum temperature across the country was 35.05 degrees, 1.12 degrees above normal, and the fourth-highest average for the month in 122 years. In 2010, the hottest temperature was 35.42 degrees.
Also Read: Delhi records 1,607 new Covid cases, 2 deaths
In May, northwest India is anticipated to see higher-than-normal maximum temperatures, according to Mohapatra. Delhi, Punjab, Haryana, Chandigarh, Rajasthan, Jammu and Kashmir, Ladakh, Uttarakhand, Himachal Pradesh, and Rajasthan are included in this category. Warm night conditions are also probable, he said, because minimum temperatures are expected to be above normal. According to the forecast, rainfall in regions of northwest India, including Gujarat, Rajasthan, Jammu and Kashmir, and Himachal Pradesh, could be below normal in May.