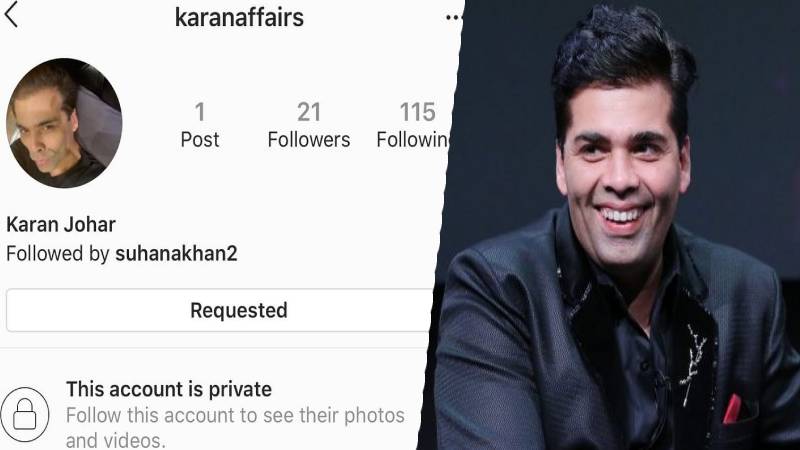 Bollywood ace Producer and Director Karan Johar has been continuously facing trolls and hate on social networking sites. Karan's launching of star kids and supporting nepotism in Bollywood has backfired him.

After the suspicious death of Sushant Singh Rajput, many old videos of Karan went viral in which he was seen trolling and unnecessarily humiliating Sushant at his show Koffee With Karan. Karan has been a godfather of many star kids including Alia Bhatt, Varun Dhawan. Actress Kangana Ranaut had slammed Karan at his own show and termed as a Bollywood mafia.

After severe criticism of Karan on social media, he became incommunicado. Then his photo went viral from a private birthday party of Neetu Kapoor. Now, it has been found that Karan has been operating a new and private account on Instagram. This might be the result of continuous social media trolling of Karan.

However, there are still no words from Karan Johar after he faced severe criticism.