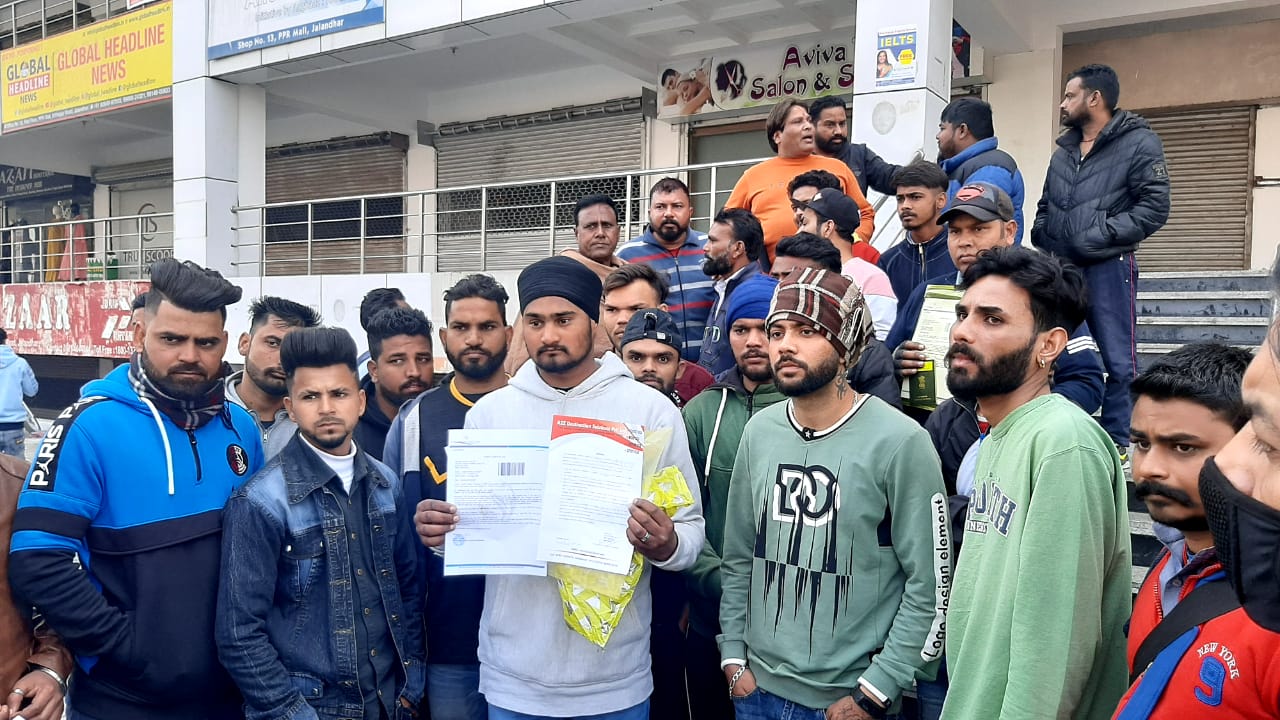 However, the immigration firm has been lying shut for the past many days, and the owner and other staff members are on the run.

They also held a protest against the firm alleging that the owner had duped them of crores of rupees on the pretext of providing them visas for Singapore, England, Qatar and Fiji.

People who had come from different districts said: “The Company neither has prepared their documents nor returned the money and above that issued them fake paper visas.”

They said that from all the people today gathered, some have paid an amount of Rs 50,000 to Rs 2 lakh, while others Rs 5 to7 lakh (depending upon the country they applied for) and company had assured them of getting their work done on time.

Meanwhile, it’s been many months that the owner was dill-dallying the matter and they haven’t received their documents. Besides, the company was found locked on several occasions and the owner of the company, Palwinder Singh, also didn’t respond to their complaints.

Vipan Kumar, a resident of Goraya said he had contacted the company few months ago and paid the expenses for his documents, but after receiving the money the company had only made fake promises and didn’t tell him about the status of his documents. 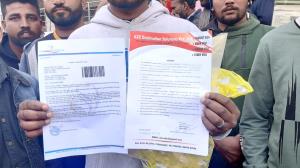 He also informed that there are around 100 to 150 people who have been duped by the company, while there is no information now that where is the owner, he said.

Likewise, Lovepreet Singh, a resident of Nakodar, said that he paid Rs 7 lakh for England visa without ielts. He said the owner assured him the visa within six months; however, the owner is now on the run.

Another victim, Prabhjot Kaur, said they had paid Rs 70,000 in advance to the firm and in return, the firm owner had assured visa for Singapore within 90 days.

“Though the given time has been lapsed, the firm has been lying shut. It has cheated us and we will move a complaint in this regard with the police,” she said.

Reportedly, the police party of Division No. 7 reached the spot and listened to the grievances of the complainants and had begun an investigation into the matter.

ASI Surjit Singh of Division No. 7 said that they had registered a case against the company for deceiving people on the pretext of sending them abroad. “We are looking for the absconding owner and other staff members”, he added.

Get the latest update about Breaking, check out more about , owner on the run, India & residents duped of crores of rupees