Imran Khan Leaked Video: After going to power, Pakistan's PM Imran Khan has gone awry. On one hand, where he is cursing Shehbaz Sharif, and on the other hand, he is calling himself a donkey. 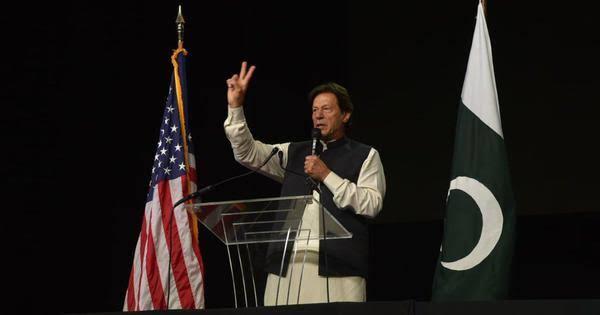 Imran Khan Leaked Video: After going to power, Pakistan's PM Imran Khan has gone awry. On one hand, where he is cursing Shehbaz Sharif, and on the other hand, he is calling himself a donkey.
A part of Imran Khan's interview is becoming increasingly viral on social media.  Imran Khan is saying in the video – I was also a part of British Society, they welcome me, and very few people accept British Society like this. But I never considered it my home.
Because I was Pakistani, I can do whatever I want... I can't be an Englishman. After this Imran Khan says that if you put ridges on the donkey, then it does not become a zebra. That donkey remains a donkey.
Imran Khan has been giving such strange statements in the past as well. When Imran Khan was once asked a question on the question of inflation, he said that he has not entered politics to know the price of potatoes and tomatoes.
Also Read: Tajinder Bagga: We will keep struggling till Arvind Kejriwal apologises
Another similar statement was made by Imran Khan in which he said that relations between India and Pakistan will improve as soon as the Modi government leaves. One such time Imran Khan blamed Hollywood and Bollywood films for the increasing sex crimes in Pakistan.
It is worth noting that only last month, the opposition together toppled Imran Khan's government. Since then, Imran Khan is telling the hand of foreign forces, especially America, behind the toppling of the government.
A few days ago, Imran Khan was also accused of stealing gifts from the government treasury and selling them abroad, after which it seemed that Imran Khan could be arrested.