In the Imran Khan viral homosexual video, the former Pakistan Prime Minister can be seen in a compromised position with a man. 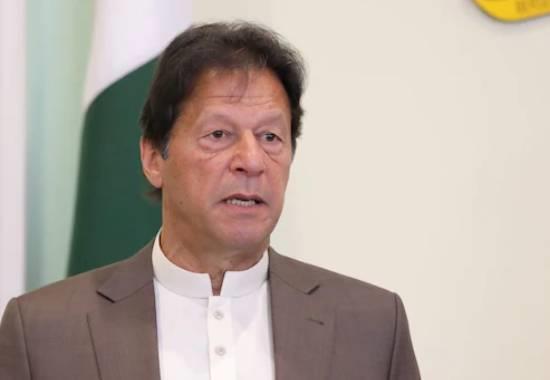 Former Pakistan Prime Minister Imran Khan's trouble is all set to be increased as Pakistan media reports suggest that his 7 to 8 MMS is like to be made public. Among those 7-8 videos, Imran Khan leaked video allegedly showing him having sex with a man has been doing rounds in Pakistan. As per Navbharat Times, Imran Khan leaked MMS video with a man has been spreading like a wildfire. Furthermore, reports suggest that it is not the only Imran Khan viral MMS leaked video that has been doing rounds in Pakistan.
In the Imran Khan viral homosexual video, the former Pakistan Prime Minister can be seen in a compromised position with a man. As per Pakistani media reports, Imran Khan has accused the ruling government of trying to assassinate his character by deliberately leaking the video. Notably, Imran Khan's ex wife Reham Khan had accused the former Pakistan Prime Minister of being involved in gay sex.
Also Read: Imran Khan Leaked Video: Ex-Pak PM calls himself 'A Donkey' and compares with Zebra; Watch
Imran Khan gay sex was revealed in Reham Khan's autobiography. In her autobiography, Reham Khan had alleged,  that she once discovered empty cigar cases and huge tubes of KY jelly inside her then-husband Imran's table. In fact, when she charged him about it, he said, "The men had used the cigar cases as dildos on one another," Reham had alleged. Furthermore, Reham had revealed that Imran kept gay sex toys in his drawers when he knew he was getting married to a woman.
As per Pakistani journalist Asad Ali Toor, in one of the many leaked videos of Imran Khan, the former Pakistani PM is seen with a man. He said that Pakistani security agencies have got this video investigated by western agencies and it has been found to be correct. Meanwhile, Imran Khan has just realized that his videos have been leaked. Imran Khan in a recent interview alleged that his political opponents want to assassinate him.