In run up to Punjab polls, plea to fight air pollution

With less than five months to go for the Assembly polls, members of Clean Air Punjab, a citizen's collective, have written to Deputy Chief Minister O.P. Soni, who heads the Health Ministry, urging him to lead by example by taking up the issue of air pollution prominently. 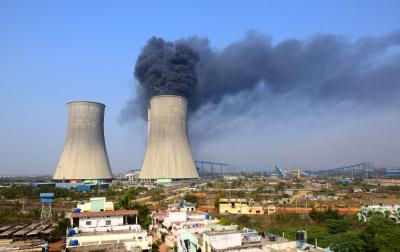 With less than five months to go for the Assembly polls, members of Clean Air Punjab, a citizen's collective, have written to Deputy Chief Minister O.P. Soni, who heads the Health Ministry, urging him to lead by example by taking up the issue of air pollution prominently.

The demand made by citizens primarily mirrored their right to clean air and the right to breathe, underlining the reality that Punjab is home to some of India's most polluted towns, including Mandi Gobindgarh, Amritsar, Jalandhar, Ludhiana, Khanna, and Patiala.

Punjab has nine non-attainment or million-plus cities under the National Clean Air Action Plan (NCAP). A non-attainment city is one that does not meet the prescribed air quality standards set by the Union Environment Ministry.

Supreet Kaur, president of EcoSikh, told IANS the issue of air pollution is just not limited to the Environment Ministry and it is time for the Health Ministry to step in as well as its a well-known fact that air pollution poses severe risks to the health.

Recently a first pan-India study conducted by scientists in the country found that areas with poor air quality and higher emissions of particulate matter (PM) 2.5 are more likely to have Covid-19 infections and related deaths.

"The menace of air pollution can only be tackled by coordinated efforts of all stakeholders. The government being the apex body to frame policy guidelines and ensuring its successful implementation must pay attention to the issue of air pollution," she added.

Ranjit Powar, a member of Clean Air Punjab and a prominent writer, said clean air is crucial to health and performance.

"Each of us has a right to clean air and also an obligation to work for keeping the air clean. Most of all, the government, as the policymaker and regulating authority for keeping the environment pollution free, must own its responsibility to harness the sources of air pollution.

"What will people do with higher incomes and material progress that might come through the smoke-belching industry and units that diffuse poisonous gasses for miles around, choking their lungs and poisoning their innards? Let us safeguard our air; let us safeguard life," he said.

The recent Air Quality Life Index (AQLI) released by the Energy Policy Institute at the University of Chicago (EPIC) for 2019 revealed that air pollution was likely to reduce the life expectancy of about 40 per cent of citizens by more than nine years.

"With over 4.2 million deaths per year, ambient air pollution continues to be the ninth leading cause of cardiopulmonary deaths in the world. In India, indoor air pollution also poses a threat accounting for over two million deaths," said Zafar Ahmad, senior consultant with Fortis Hospital in Mohali.

Even during the lockdown under the second wave, when most of the industries were shut and movement halted, Ludhiana noted an average air quality index (AQI) of 135, whereas the good AQI is 0-50 and moderate is 51- 100.

Even Fazilka and Ropar towns, which are considered some of the greener regions in the state, saw an average AQI of 113 and 129, respectively.