Multiple social media users and the opposition parties claim that the 2G spectrum which was mainly for Rs 1.76 cr, then how can the 5G spectrum which is used for high-speed internet and multiple genres can generate only Rs 1.5 lakh crores? 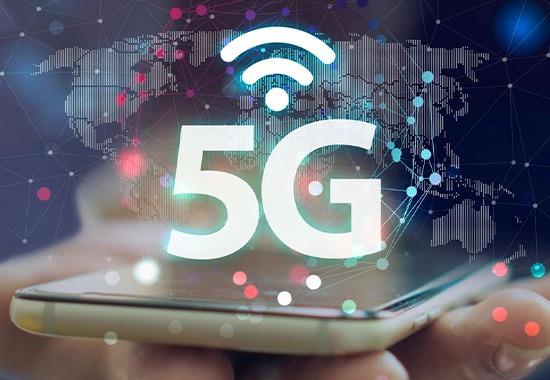 Ever since the government of India concluded the 5G spectrum auction with Reliance winning the bid with Rs 1.5 lakh crore, the 5G scam has become the talk of the town. India's biggest ever spectrum auction went for over 7 days with massive 40 rounds of bidding. However, it was Reliance that defeated other bidders and became the largest spender in the 5G spectrum auction, acquiring almost half of all the airwaves sold for more than Rs 88,000 crore, and was also the only one (among four applicants) to have acquired spectrum in the premium 700 MHz band. Till now, everything looks on a positive note, however, netizens and Congress leaders sensed something fishy and therefore #5GScam started doing rounds on social media.
What is India's alleged 5G Scam?
Multiple social media users and the opposition parties claim that the 2G spectrum which was mainly for Rs 1.76 cr, then how can the 5G spectrum which is used for high-speed internet and multiple genres can generate only Rs 1.5 lakh crores? Apart from high-speed data connectivity for users, 5G also has the potential to enable a number of enterprise-level solutions such as machine-to-machine communications, connected vehicles, and more immersive augmented reality and metaverse experiences, among others.
Interestingly, the government had kept the base price of the 5G spectrum at Rs 4.3 lakh crores but got only Rs 1.5 crore from the auction. Following this, netizens, as well as Congress leaders, sensed something fishy, and hence they lambasted the Centre calling it 5G Scam.  Reportedly, the UPA government had collected 176,000 lakh cr for the auction of 2G, and in 2022, the BJP government should have collected 400,000 lakh crores, not 150,000 lakh crores, for 5G, collected far less than UPA.
Ironically, 2G Spectrum Scam accused and former Telecom Minister and DMK MP A. Raja had accused the centre of being involved in a scam and claimed that the recent auction of the 5G spectrum caused losses to the exchequer.
However, Ashwini Vaishaw, Minister of Railway, Communication and more, refuted Raja's allegation of 5G Scam and clarified that not every bandwidth has been sold and the remaining has been kept with the government. The Hindu quoted Vaishaw saying, "I am shocked to see this coming from a former Minister. Many bands were not sold, what was not sold remains with the government. How does that become a scam?,” said Ashwini Vaishnaw.
#5GScam Twitter reaction
Also Read: 5G to come in India from this month: Here is the list of your pocket-friendly 5G mobile phones