India on Friday said that the "unfortunate" attack on a 28-year-old Indian student from Agra in Australia on October 6 should be taken seriously and swift action must be taken against the perpetrators. Author : Rakesh Behal 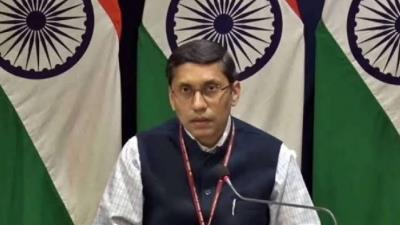 ndia on Friday said that the "unfortunate" attack on a 28-year-old Indian student from Agra in Australia on October 6 should be taken seriously and swift action must be taken against the perpetrators.

"The Indian national is in hospital, his treatment is on... Our High Commission in Canberra and Consulate in Sydney are in close touch with the local authorities, and family here. Our officials have met him in the hospital. Our expectation is that the issue must be taken seriously and action must be taken against the perpetrators," External Affairs Ministry spokesman Arindam Bagchi said in his weekly briefing.

Shubham Garg, 28, who is pursuing PhD in mechanical engineering from the University of New South Wales, was stabbed multiple times on his face, chest and abdomen when he was walking along the Pacific Highway while returning to his place of residence.

A 27-year-old man Daniel Norwood was arrested at the scene and was taken to Chatswood Police Station where he was charged with one count of attempted murder.

Norwood was refused bail when he appeared in Hornsby Local Court. He will remain in custody with the next court appearance on December 14, The Australia Today reported.

Norwood allegedly threatened Garg while demanding cash and his phone. He refused and was allegedly stabbed a number of times in the abdomen before the assailant fled, The Australia Today quoted local media reports as saying

While Garg's family called the attack against his son an act of "racism", Bagchi said: "At the moment our main focus is that he should be out of danger and the perpetrators must be brought to book."

"We have asked the Australian HC to expedite the visa process so that family members can urgently go."

The attack came close on the heels of another Indian, Varun Manish Chheda, a student at the Purdue University in the US, who was stabbed to death by his roommate earlier this month