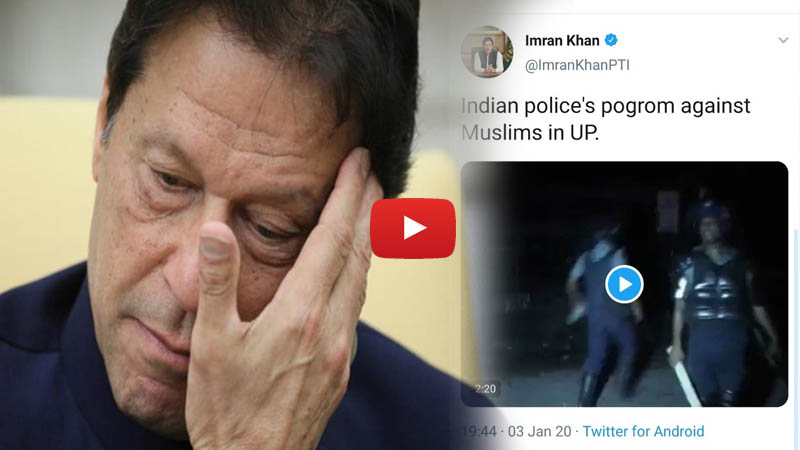 India's Permanent Representative to the UN, Syed Akbaruddin on Friday slammed Pakistan Prime Minister Imran Khan for peddling a seven-year-old violence video from Bangladesh as a case of what he claimed to be "Indian police's pogrom against Muslims in UP".

"Repeat offenders. Old habits die hard," wrote Syed on Twitter while taking a jibe at the Pakistan PM who was on the earlier occasion was seen spreading disinformation maligning India. 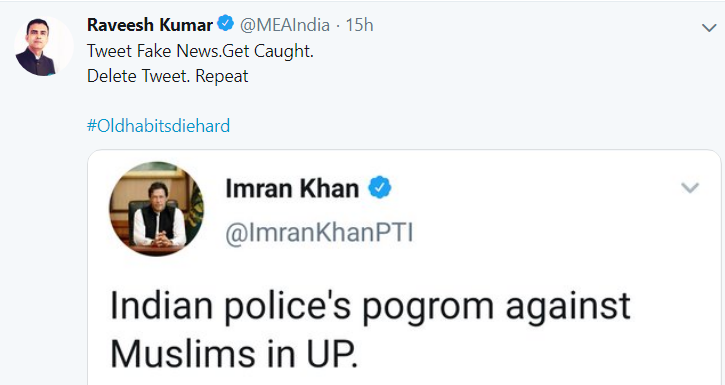 A now-deleted video shared by Khan was soon fact-checked and found to be of 2013 and showed police action against a group of people in Bangladesh. The Pakistan Prime Minister had tried to pass off the clip as a case of police brutality "against Muslims" in Uttar Pradesh.

At one point in the now-deleted video, a policeman is seen holding a shield of Rapid Action Battalion (RAB), proving that it was an incident in Bangladesh. The RAB is an elite anti-crime and anti-terrorism unit of the Bangladesh Police.

Khan faced a strong backlash on social media for tweeting the face video with users saying that he does not even do basic fact-checking.