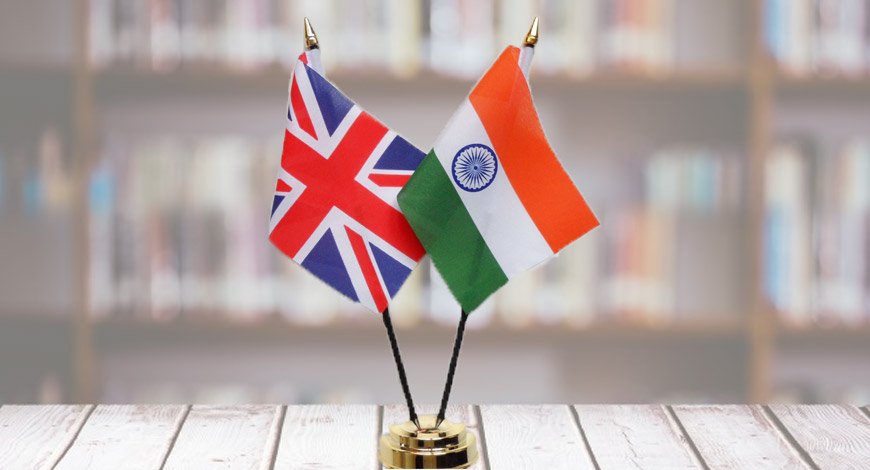 Indian and UK governments have announced their first enhanced trade partnership which is labeled as a precursor to a free trade agreement. The announcement came hours after Indian Prime Minister Narendra Modi‘s digital summit with PM Johnson.

British Prime Minister, Boris Johnson has announced that the Serum Institute of India will invest 240 million Great British Pound in the UK. The Adar Poonawalla’s SII is all set to expand its vaccine business and set up a new sales office. The establishment of this new sales office will create a large number of jobs in the sector.

Boris Johnsons’s Downing Street office has said that part of plans for a 1billion Great British Pounds India-UK Enhanced Trade Partnership is expected to create 6,500 jobs in the health sector and technology sector as well.

It will lift restrictions on the export of British fruits to India. The export of medical devices will also be commenced as a result of this trade agreement. It will enable the recognition of UK higher education qualifications in India.

Also, the partnership will include a commitment to work to remove barriers preventing UK lawyers from practicing international law in India. The two nations will begin work towards a comprehensive FTA which will lower or remove tariffs on British products such as whisky.

UK Prime Minister said that the 240 million GBP project would include a sales office, clinical trials, research and development, and manufacturing of vaccines.

The CEO of Serum Institute is currently in London. In his recent interview, Adar Poonawalla has revealed that he is extremely stressed after he was pressured for giving priority access to vaccines to unnamed political leaders. He also gave a hint about setting bases in the UK for the manufacturing of vaccines.

In the official statement, UK Prime Minister said that the 240 million GBP project would include a sales office, clinical trials, research and development, and manufacturing of vaccines. The statement said, “The sales office is expected to generate new business worth over $1 billion and £200 million of which will be invested into the UK. Serum’s investment will support clinical trials, research and development, and possibly the manufacturing of vaccines. This will help the UK and the world to defeat the coronavirus pandemic and other deadly diseases.”