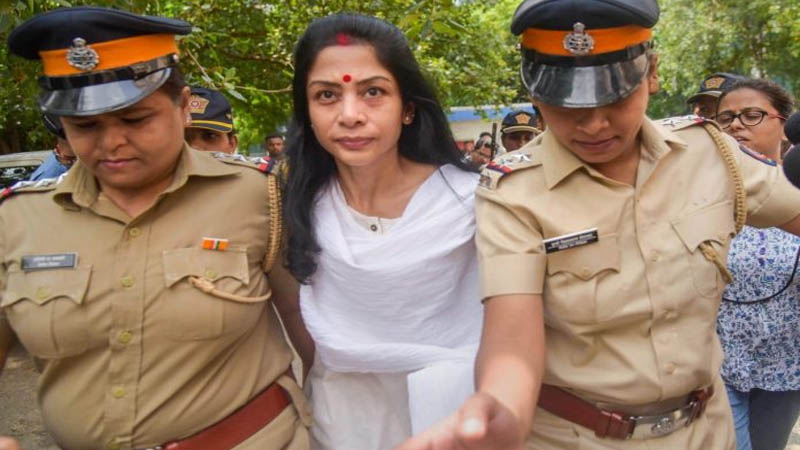 Vidhie is Indrani's youngest born from Sanjeev Khanna, is also accussed in the sensational trail of Sheena Bora murder case. Vidhie was formally adopted by Peter, a former media executive who has also been accused in the murder case.

Indrani has told the court that since Vidhie was a minor so Peter and Indrani became the legal custodians of the property by the time she turns 18. When she (Vidhie) would 18, the property would speak on her name.

Indrani, however, was arrested one day before Vidhie was to turn 18 and then Peter released a message claiming that he would not transfer the property to Vidhie and now it belongs to Robin Mukherjee, who is elder son of Peter from his first marriage.

Also Read: Peter Mukerjea granted bail in Sheena Bora case, will not get out of jail

Currently, the apartment's estimated value is Rs 20-30 crore, and Indrani said this could be the reason behind the murder case in which she has been involved for the past five years. Indrani made the submission in court while arguing in person on her bail application before special CBI judge JC Jagdale.

She also alleged that in the chargesheet filed by CBI for the case, property has been mentioned as the main motive. Indrani said that she already had possession of 75% of Peter's assets and the remaining 25% was in a 50-50 partnership between her and Peter, so if she wanted property, "logically I should have killed Peter instead."

She further added, no hard evidence has been found against her and that all the depositions made against her are factually incorrect. Certain loopholes has also been pointed by Indrani in the testimony of her driver Shyamvar Rai, who later turned CBI witness in the case.

Indrani claimed he had demanded Rs 50 lakh and came down to Rs 5 lakh but since she and Sanjeev Khanna refused to pay up, he went to the police to plot against her. Rai had travelled with her for 9 months in the same vehicle but now he cannot recall a thing about the car and other details, said Indrani. She has also argued that with all the documented proof that she is presenting, the whole case is falling like a pack of cards.

While talking about her bail application, Indrani said that she was not seeking it on medical grounds but on merit over the reasons of no supporting evidence against her and that she is being treated unfairly. She also argued that she gave strong evidence to prove that other arguments were baseless and she is not as influential as Peter Mukerjea.

She said she is a woman and is suffering from a terminal illness, she did not influence anyone and lastly requested not to be punished further until the next trial.

According to CBI, Indrani's firstborn daughter Sheena was murdered by the three accused in April 2012. The case came to light in 2015 when Rai was arrested by Mumbai Police in an illegal arms case.