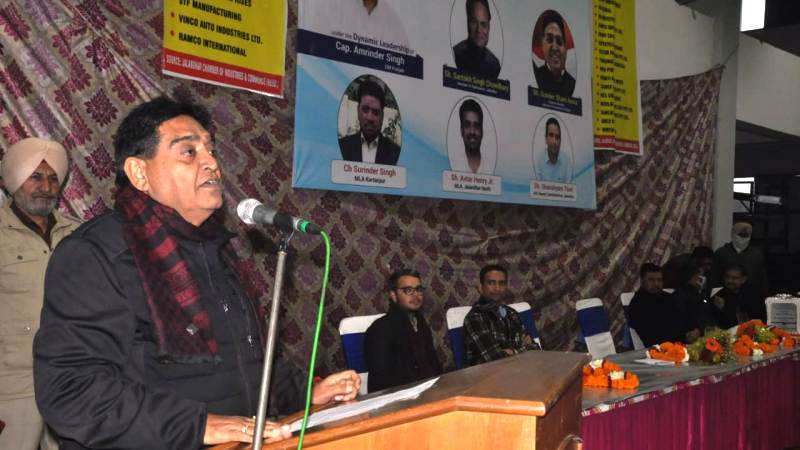 Jalandhar, January 22- Punjab Industry and Commerce Minister Sunder Sham Arora on Friday laid the foundation stone of construction, widening, and strengthening of link roads in the industrial zone at Dhogri Industrial Park at the cost of Rs 2.62 crore.

He said that tenders have also been given to the Jalandhar based company and this work would be over within five months as the construction work has already begun.

He said that this would benefit a large number of industries of Dhogri, and Raipur Rasulpur and would attract more industries to set up their industry in Dhogri. He said that the new industry would offer more jobs to the local youths hence would help to deal with unemployment.

Terming industry as the backbone of our economy, The Minister said that Chief Minister Captain Amarinder Singh led the state government was fully committed to addressing all the concerns of the industry.

He added that the government has already taken many pro-industry decisions besides launching different schemes to benefit the industry.

Member of Parliament Santokh Singh Chaudhary said that Chief Minister Capt Amarinder Singh always stands with the industrialists’ rock-solid to boost Punjab’s economy. He said that the state government has fulfilled its promise to the industrialists by starting the project.