'International Daughter's Day' 2022: Know the history and significance behind the day dedicated to daughters

The idea behind celebrating this day was based on getting rid of the concept that brews the idea of stigma around having a girl, thinking of daughters as a liability, and honoring women 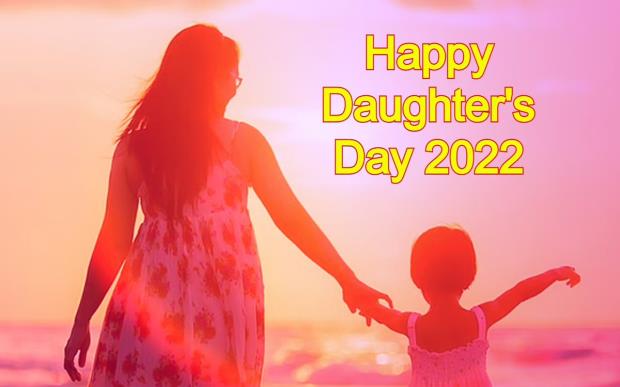 Marking the significance of having daughters as the most colossal blessing a couple can have, every year the world celebrates International Daughters’ Day. However, it varies from place to place and in India, this is observed on the fourth Sunday of September.

Daughters, though are a complete bliss for a family and every day is cherished with utmost zeal but having one particular day to their name to express what they actually mean makes things even more special.

The History and Significance behind marking International Daughters’ day:

The idea behind celebrating this day was based on getting rid of the concept that brews the idea of stigma around having a girl, thinking of daughters as a liability, and honoring women.

Although there is no actual origin of this day, it is meant in most countries including India to ponder over the excessive and uncontrolled rate at which crime has been prevailing against women across the world and in the country.

Ghaziabad Video: Visuals of two men resume fight after being hit by a car from a scuffle goes viral: Watch Here

The barriers that have been holding the growth and vision of women’s strides toward success have a long history in mankind, marking the day makes people feel what they actually mean to society. But, why just a day every single day society can present this feeling in the form of their action why are the daughters so much important to them?

Parents, Well-wishers, and others present their feeling towards their daughters in a different fashion and different tone, they prepare delicacies, organize parties, present gifts, send in wishes, and many more things which they know will make their daughters and loved ones feel special.

Parents also make handmade gifts that will not just give another fervor to the celebration but a feeling that will be special like any other thing for whom the day is meant.