iPhone 14 series demand likely to be higher than its predecessor: Report

The demand for tech giant Apple's much anticipated and upcoming iPhone 14 series is expected to be higher than iPhone 13 series in China. 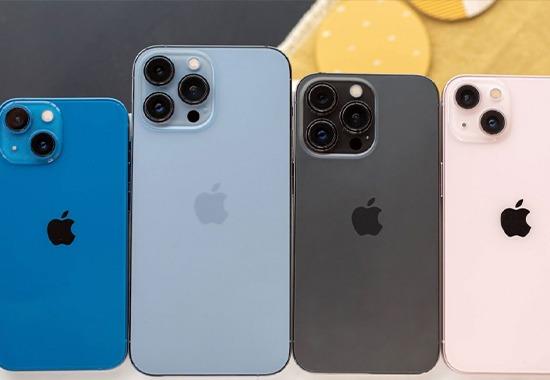 The demand for tech giant Apple's much anticipated and upcoming iPhone 14 series is expected to be higher than iPhone 13 series in China.A survey carried out by reliable Apple analyst Ming-Chi Kuo claims that suppliers and retailers are pre-paying significantly higher deposits for the first expected iPhone 14 units, reports GizmoChina.In some regions the deposit is said to be double the amount, the report said.The company is likely to launch the next generation smartphones -- iPhone 14, 14 Pro, 14 Max and 14 Pro Max in September.A recent report said that the iPhone 14 and Pro models will come with 6.1-inch screens, while the Max and Pro Max models will be equipped with 6.7 in-inch screens.However, the tech giant might discontinue the 5.4-inch iPhone mini this year.Meanwhile, another report mentioned that its Pro version may come with 'Always On Display' due to a better screen refresh rate.While the iPhone 13 Pro series arrived with a ProMotion display that had a 120Hz refresh rate, it seems that this year's iPhone 14 Pro models will also feature this display technology along with some upgrades.The iPhone 13 Pro series sported LTPO panels that had variable refresh rates that allowed for better power efficiency.