Recently 'Virushka' was seen outside the hospital, after which fans are speculating whether Anushka is going to become a mother for the second time. 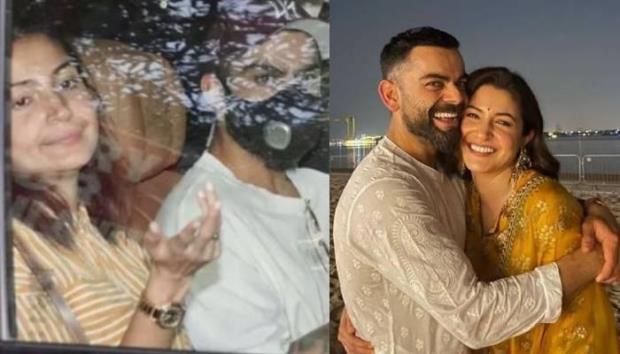 Recently, star couple Anushka Sharma and Virat Kohli were spotted outside the hospital, following which speculations started rife about the actress' second pregnancy. Fans are very fond of Bollywood star couple Anushka Sharma and Virat Kohli.
Their chemistry is an inspiration to the fans. The couple has a daughter named Vamika Kohli. Recently 'Virushka' was seen outside the hospital, after which fans are speculating whether Anushka is going to become a mother for the second time.
On Tuesday, after returning from Maldives vacation, Anushka Sharma was seen rushing to the hospital with her husband cricketer Virat Kohli. Seeing the couple going to the hospital immediately after returning from their vacation, people started talking about the second pregnancy of the actress. But the truth is that Anushka went to the hospital to meet the physiotherapist. She is not pregnant.
Anushka and Virat went to Kokilaben Ambani Hospital soon after coming back to Mumbai from vacation the previous day. Some people had expressed concern and some started speculating about the pregnancy. However, now the reason for the couple going to the hospital has become clear.
The couple was seen walking out of Kokilaben Hospital on 13 June 2022. Videos of this have also surfaced, in which Virat and Anushka are sitting in the car. However, till now this information has not been revealed why the couple had gone to the hospital after all.
Also Read: Anushka Sharma raises temperature in a tangerine monokini, clicks her 'own photos' in Maldives; Pics
As soon as the videos went viral, fans started speculating about the actress' second pregnancy. One user wrote, "Anushka's second good news", while another commented, "Another baby is coming soon". However, a fan expressed concern about their health and asked, "Is everything alright?"
Anushka's comeback from Chakda Express
On the work front, Anushka Sharma is soon going to make a comeback with the film Chakda Express. She will be seen in the role of female cricketer Jhulan Goswami in this film. Anushka has worked hard for the film. She shared some BTS photos and videos doing net practice and learning the tricks of cricket. Now after so much hard work, a little enjoyment is made.