Is Channi trapped in politics of his own turf Chamkaur Sahib?

Chamkaur Sahib, subject of the Big Fight between the rival parties. 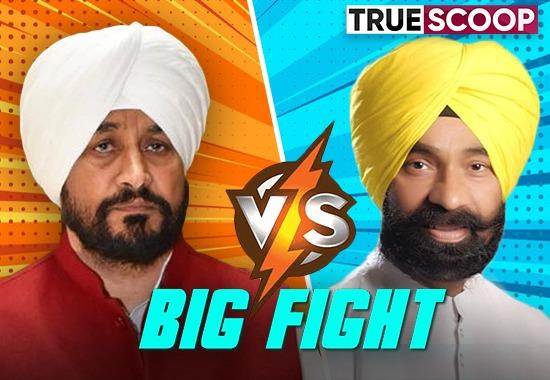 Congress may have increased its stature by giving tickets to only Charanjit Channi in two seats in Punjab, but the challenges are not less. Chamkaur Sahib is the traditional seat of Channi. Here he has become an independent once and an MLA from Congress twice. Chamkaur Sahib has 1.6 lakh voters, out of 82, 539 are males and 77,611 are females.
Stating the problems of Chamkaur Sahib that are:
Charanjit Singh Channi of the Congress, Dr. Charanjit Singh of the Aam Aadmi Party (AAP), and Harmohan Singh Sandhu of the Bahujan Samaj Party are all working to resolve these issues. However, recalling Channi's nephew Honey's involvement in a sand mining issue, Channi has been caught up in the situating affairs.
Kejriwal claimed that Charanjit Singh Channi is losing from his own seat of Chamkaur Sahib due to all the reasons coming up. Moreover, Channi's wife also said Chamkaur Sahib's people are upset with Channi as he was not able to meet the people and listen to their problems during those 111 days.
According to Dr. Charanjit, “Channi will lose from both seats as he has been exposed in illegal mining and other acts of omission or commission. He is misusing his post for business.”
Also Read: Sunil Jakhar renewed attacks on Ambika Soni addressing the "Hindu vs Sikh" problem in Punjab
It has been noticed that Channi claimed to be active while the nomination of the seat. He also mentioned that he wants to win more than 50,000 votes from Chamkaur Sahib. Though, Channi has also won from the same seat as an independent candidate. Yet, there was tension on the land and AAP seemed to be having the faith of the people from Chamkaur Sahib.
It can be seen the main competition is being held in Charanjit Singh, AAP, and Charanjit Singh Channi INC from Chamkaur Sahib.
During the campaigning, it has been seeing the opposite party to Charanjit Singh Channi has been targetting the sand mining case in the Punjab Elections 2022