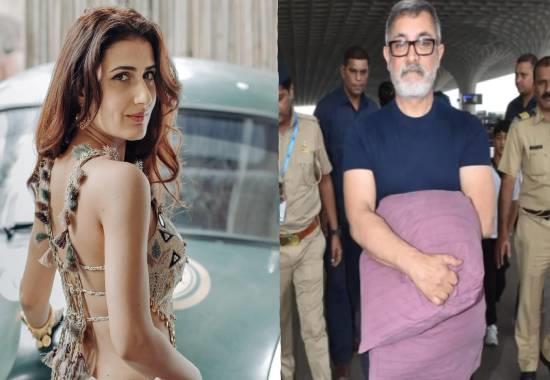 Bollywood actress Fatima Sana Shaikh fueled her marriage rumors after she posted a series of pictures with a caption hinting towards 'tying the knot'. Fatima Sana Shaikh who is considered close to veteran actor Aamir Khan took to her Instagram handle and teased her fans saying, 'To do or Knot to do' hinting that she is confused about whether to marry or not. Notably, Fatima Sana Shaikh and Aamir Khan's dating rumours are not new and a report even suggested that the Laal Singh Chaddha actor divorced Kiran Rao over his alleged affair. However, Aamir had once denied such rumours.

Coming to Fatima Sana Shaikh's marriage post, the Dangal actress shared some breathtaking clicks from her latest photoshoot. In the pictures, Fatima posed in a pretty ethnic top and high-waist pants with a vintage car in the backdrop. Fatima shared her pictures with caption, "To do or Knot to do, That is the question…" The word 'knot' sparked the speculations of her marriage. Soon after her post went viral, netizens flooded the comments section with questions if her Nikah with her rumoured beau Aamir Khan is on cards. Interestingly, Aamir Khan's daughter Ira Khan commented on Fatima's post and expressed her excitement through a series of emojis.

What is Epilepsy? Fatima Sana Shaikh diagnosed with THIS disorder during Dangal training

Aamir Khan and Kiran Rao left everyone shocked when they announced their split last July. After a togetherness of 15 years, the duo felt that it was best for them to separate, although they have nothing but love for each other. On the professional front, they were then working together on Laal Singh Chaddha. Rumors were rife that the superstar was allegedly dating Fatima Sana Shaikh. Since Dangal, time and again Aamir and Fatima were linked together. Things only got intense after he announced his divorce with his second wife. Fatima Sana Shaikh even began trending minutes post the split announcement and many claimed that their relationship will soon be official. However, Aamir Khan has rubbished all such rumors. Without mentioning Fatima Sana Shaikh, a media portal had asked him if divorced due to any other relationship. To this, the superstar reacted, "No. There was no one back then, there is no one now."