Is Karan Aujla releasing his new song ‘YKWIM’ this month?

Karan Aujla is one of the most popular artists in Punjab Music Industry. His fans eagerly wait for his new songs. 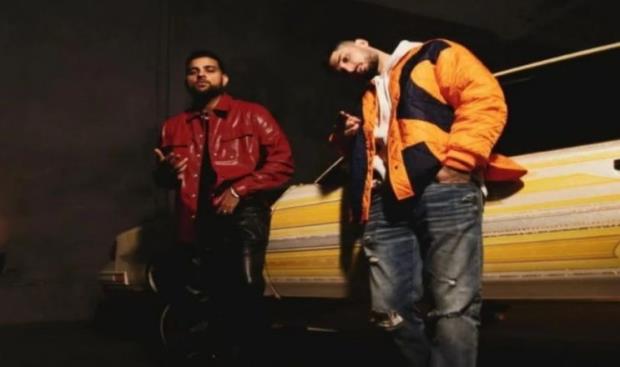 Jaskaran Singh popularly known as Karan Aujla is a music sensation in Punjab. Fans eagerly wait for his new songs. Karan is known for his many single tracks, out of which 14 have been featured in the UK Asian chart by Official Charts Company.
He is one of the most popular artists in the Punjab Music Industry. In 2020, his singles "Jhanjar", "Red Eyes" and "Kya Baat Aa" entered the top 10 in the chart, while "So Far" entered the top 5.
Aujla confirmed the release of his new song YKWIM (You Know What I Mean). It features Mehar Vaani as the female vocalist. Karan hints that he will release this song on his birthday, which means on 18 January. 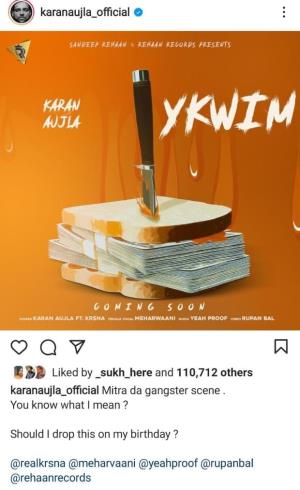 Karan Aujla has dropped his new songs poster on his Instagram handle. He has collaborated with kr$na. It will be Karan’s first song of 2022. The song is produced by Yeah Proof and directed by Rupan Bal.
Kr$na is one of the most renowned rappers. Karan has been collaborating with famous rappers to deliver chartbuster hits.
Also read: Hrithik Roshan unveils Vikram Vedha’s first look as Birthday gift for fans
Karan’s last album BTFU was released in 2021. His debut album Bacthafucup peaked at 20th on the Billboard Canadian Albums chart and 34th on the New Zealand albums chart. He has released over forty-three singles as a lead artist and thirty-four as a lyricist.