Delta Plus variant reported in 174 UP districts, is this leading to third wave?

the elderly victim, who had tested positive on May 17, passed away during the course of the treatment. 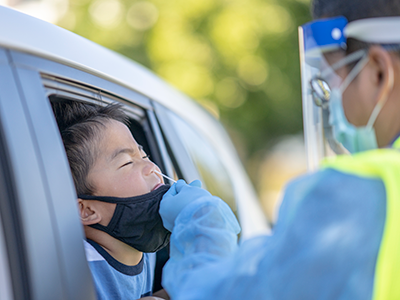 It was reported that the fatal and infectious form of COVID-19, Delta plus has reached Uttar Pradesh. In the beginning, only two cases were detected in the state, particularly in Gorakhpur and Deoria.

Among the two cases, one patient was reported dead which led to a lot of dismay in the region.

On Wednesday, the National Health Minister said that 'variants of concern' of the SARS-CoV-2 coronavirus have been detected as many as 174 districts across 35 states and Union territories among which the highest number of cases were reported from Maharashtra, Delhi, Punjab, Telangana, West Bengal, and Gujarat according to the data delivered by the health ministry.

In eastern UP, the Delta plus Covid-19 variant was detected through the COVID-19 patients’ samples which were previously sent to the Council of Scientific Industrial Research (CSIR) at the Institute of Genomics and Integrative Biology in Delhi for genome sequencing. Last Tuesday, the reports of the genome tests were received wherein it was reported that in all 80 percent of the samples were tested positive for the delta Variant or B.1.617.2, while around 6% reported positive for the alpha variant, first detected in the UK.

The first two cases reported in Uttar Pradesh were a reason for agitation among the natives on Uttar Pradesh. The samples that tested positive belonged to a 66-year-old patient in Deoria and a 23-year-old MBBS student at a medical institute in Gorakhpur. Out of these two victims, the elderly victim, who had tested positive on May 17, passed away during the course of the treatment.

Also read: How the current scenario will lead to the THIRD WAVE? Check details

The terror among people was because it was addressed that the Delta plus Covid-19 variant may drive a potential third wave of the pandemic in India. Not only this, the second wave which was double the times variant than the first wave was caused by the Delta variant. There was a rush for government beds, medical oxygen, ventilators, and other essential equipment across the country, even while the death toll and infections continued to increase continuously.

During the outbreak of the second wave, around 1000 people were reported Covid positive every single day during the month of April and May, while the death rate reported was really high. As a matter of relief, the number of recoveries has overnumbered the currently active cases but the news of the third wave is really disturbing for many and people to need to take this fatal virus seriously and protect not only themselves but the people around them. Start taking the initiative now and make more and more people aware, before it’s too late.