Twitter is currently flooded with posts claiming Zendaya is pregnant as innocent fans have fallen for an extremely silly joke. 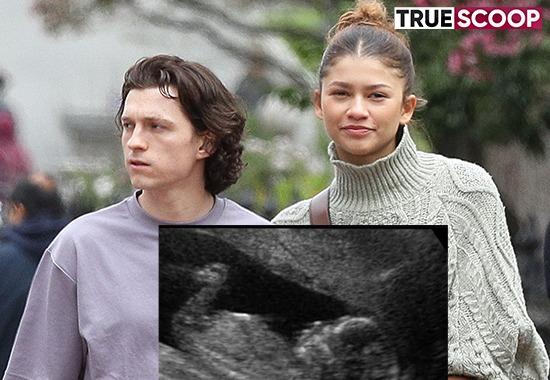 Twitter is currently flooded with posts claiming Zendaya is pregnant as innocent fans have fallen for an extremely silly joke. Rumours about Zendaya supposedly having a child started with TikToks featuring a fake Instagram story that is made to look as if it was shared from the actress’ official handle.
Why do fans think Zendaya is pregnant?
Although no one knows who started the rumour, a Tiktok video went viral claiming that Zendaya was married to Tom Holland and gave birth in 2022. The video acted as a catalyst for the buzz and started a chain reaction on the Internet. Numerous videos on Tiktok show transformed images of the Spider-Man actress with a bulging stomach.
Upon close inspection, the images appear to be photoshopped and clearly show that they have been altered. The rumours are completely false and there is no proof for them. However, it hasn't stopped the internet from repeating the claims and making assumptions on Twitter.
Also Read: 'Spider-Man: No Way Home' extended cut to play in theatres from September 2
When did Zendaya and Tom Holland start dating?
Zendaya and her Spider-Man co-star Tom first sparked dating rumours in 2017 after appearing together in Spider-Man: Homecoming. A source told People magazine at the time that they "started seeing each other while filming Spider-Man." However, the two continue to try to keep their relationship out of the public eye, and even tried to shut down the rumours by stating that they were just "best friends" at the time. Then, on July 1, 2021, as reported, exclusively obtained photos of the couple kissing, reigniting the rumour that the couple is dating.
Rumours then escalated in September 2021 after Tom uploaded a photo of the couple to Instagram for Zendaya's birthday, captioning the snap: "My MJ, may you have the happiest of birthdays. Call me when you're up.
Are Zendaya and Tom Holland engaged?
We are sorry to be the bearers of bad news, but it is not known if the couple is engaged. As mentioned, Zendaya and Tom are notoriously secretive, so they're unlikely to reveal if they are. But as soon as we know, you'll know.