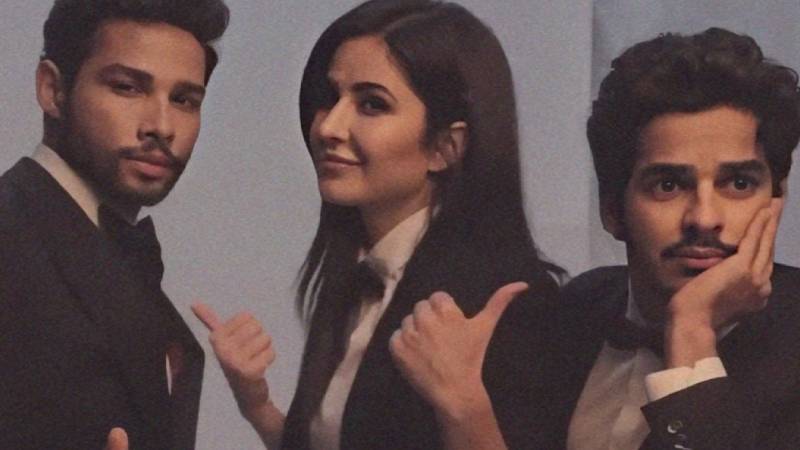 Phone Bhoot, a horror-comedy starring Katrina Kaif, Siddhant Chaturvedi and Ishaan Khatter, has been announced. The first look of the film which sees the trio dressed in tuxedos and with a surprised expression on their face was released on Monday.

Directed by Gurmeet Singh, and written by Ravi Shankaran and Jasvinder Singh Bath, the film is scheduled for a 2021 release. It will start shooting later this year. Its first look was shared before the lockdown was announced due to the coronavirus pandemic.

However, more than becoming the talk of the town, Ishaan Khatter is getting trolled on social media and the reason is still the same 'Nepotism.

A user wrote, "Look at #IshaanKhatter's face  You can tell how fúcked up he has done acting in the movie Talentless flop starkid actors continue to be in films and grab films which they don't deserve #SushantSinghRajput had no godfather-like him that's why #BollywoodLobby murdered him!"

Another user wrote, "This #IshaanKhatter no looks no acting still getting films And if u want to say about his acting in beyond the clouds thn it was same the way @arjunk26 acted in his first movie Ishaqzaade...." "I don't know a bad acting fellow is getting more offers.then why sushanth is not got good opportunity in acting high budget films," added another user.