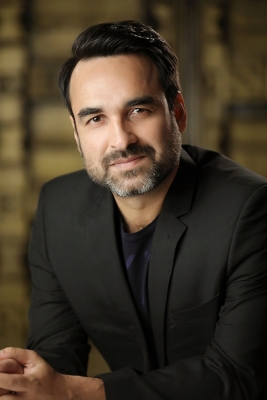 A renowned personality from TV world ,  actor Pankaj Tripathi has appeared as an unlikely star of the OTT world. He does not fulfil the stereotype of traditional good looks, neither does he cut an image of traditional heroism. however ,  does not belong to the GenNow brigade Yet, every time a new project comes up flaunting his name in the credits, fans sit up excitedly.

Tripathi attributes his success to his diverse choices, stating he has worked hard to get to this point.

This year, he has showcased his brilliance as an actor in projects as diverse as "Mirzapur 2", "Ludo", "Extraction", and "Gunjan Saxena: The Kargil Girl", besides the big screen release "Angrezi Medium", where he had a limited but quirky footage.

The year coming up promises to be even more exciting for his fans. He has six finished projects lined up. These are "83", "Kaagaz", "Mimi", "Criminal Justice 2", an untitled film with YRF and a short film titled "Laali".

"It finally feels like this is my time and may it never pass. I want to give the audience one memorable film after another, one great role after another. Entertaining the world has been my long standing wish and I want to do one helluva job at it," he said.

He recalls the going wasn't always so smooth. "There was a time when work was few and far in between. I would crave to be in front of the camera and get the opportunities I felt I deserved. Now with such a diverse slate of parts, I feel immensely satisfied and equally grateful. I have worked so hard to get to this point," said Tripathi.

He looks at 2020 with gratitude. "2020 was a rude reminder to the world with the cruellest things happening. But I have nothing but gratitude for how my career has shaped up. I feel charged up with the best roles in my kitty," he concluded.

Get the latest update about Truescoop news, check out more about Bollywood News, TrueScoop & Entertainment World