Preparing for a possible hit the world might face, Major tech giants have either sorted to lower their workforce or decreasing the operations or Author : Tushar Singh 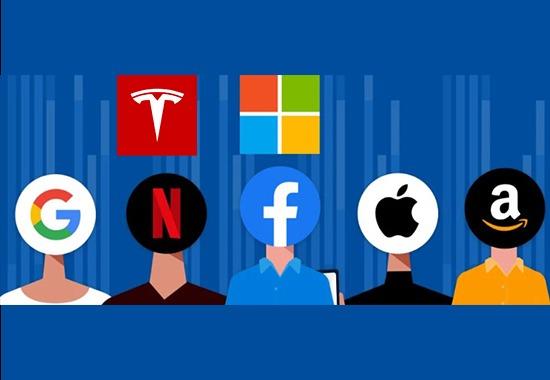 The advent of COVID in 2019 devastated the lives and economy all over the globe. The biggest health crisis of the century brought catastrophic inflation in recent decades. At present, the fear is mounting over what this rising inflation might bring along. Is it an early indication of the recession that the world has experienced in the past?
For the tech companies past 5-6 months have been too gloomy. Preparing for what might come ahead for them the tech giants are taking some hard measures to get over this. Companies such as Google, Amazon, Apple, Microsoft, Netflix, Meta, and Tesla besides other big companies have either sorted to decrease their workforce or have lowered their recruitment.
Let us have a look at what big steps are these tech giants taking against a possible recession that many are apprehended about:
Alphabet/Google:
The parent company has decreased the pace of its recruitment. Google CEO Sundar Pichai informed his employees through an Internal Memo that although the company has recruited 10,000 people in its second quarter. But, the pace will decrease in the remaining part of the ongoing fiscal. He made it clear that like other companies Google will also face the whack of recession in the coming days. At present a total of 1, 64,000 people are employed under Google.
Amazon:
In March 2022, Amazon informed that a total of 16 Lakh people make up the massive workforce of the company. A huge section of people is employed with us above what we need. Affected by COVID, its employees on leave are now returning, due to which the staff crunch that we were facing went past the limit. The company has now sorted to put some of its warehouses on lease and has stopped all shorts of development in its office space.
Apple:
The company by far hasn’t made any sort of official announcement in this regard. But as per the reports of Bloomberg the company is planning to decrease its recruitment process besides lowering its expenses in some divisions. As per the latest numbers in public 1.54 Lakh, people are now working under Apple.
Meta:
The parent company of Facebook has lowered the recruitment of engineers by almost 30%. Company’s CEO Mark Zuckerberg has said to his employees that he is expecting one of the worst recessions in recent times. By the end of March this year, 78,000 people were working for the company.
Microsoft:
The company same like some other tech giants has planned to decrease the number of recruitment, in Windows, Office, and Team Groups. Recently the company has lowered its workforce to a share of less than 1%. 1, 81,000 people were working under the company by the end of last year.
Also Read; Netflix to launch Ad-Supported Plan: Know how users will be benefitted?
Netflix:
The worst affected in the list is the American video streaming platform, which has already lowered its workforce in a couple of tranches. The company expelled 150 people in May, and it’s double in June. The company has faced a massive decrease in the number of subscribers, in the first quarter of this year, a total of 2 Lakh people dropped their subscription to the platform. The number went around 5 folds in the June quarter to 9. 70 Lakh who have left the platform.
Tesla:
The company that brought a revolution in the automobile space has also taken steps to prepare itself for the incoming havoc. The company has shut down its San Mateo-based facility and expelled 200 workers in its Auto-Pilot department. Elon Musk himself believed that a recession might hit us soon. In an interview given to Bloomberg Musk has said around 10% of the employees on pay-roll might lose their job in the company in three months. Tesla was the house of around 1 lakh workers globally by the end of the last year.