These female doctors have been given all kinds of charges 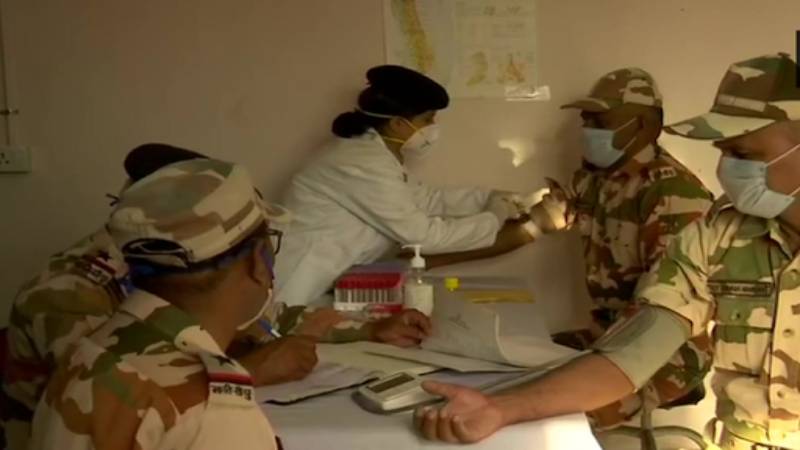 In a massive push to promote gender equality at border areas, the Indo-Tibet Border Police (ITBP) for the first time has deployed a team of female doctors on the forward locations at the Line of Actual Control (LAC), Ladakh.

These female doctors have been given all kinds of charges which includes sending troops from Leh to looking after them at the forward posts.

However, considering the tensed situation at the border, the ITBP has made changes in its standard operating procedure (SOP), which did not allow any female officer to be deployed at such locations.

Irrespective of gender, the department has sent female doctors and other staff near to the LAC a few weeks ago. It has been claimed by the officials that earlier, only male doctors were sent to the forward sensitive locations.

According to the ITBP top officials in Leh, female officers are now deployed at the border area to take care of troops along with other para-medics.

The base in Leh, where troops are reaching from parts of the country, have to go through from a strict medical check-up and have to have a fitness certificate. Here also, a female officer has been given charge.

A female doctor, Dr. Katyayani Sharma is heading the medical base and responsible to send only fit troops to forward locations. Every troop has to undergo three stages of check-ups before getting final clearance by Dr. Sharma. Following this, the doctor issues a fitness certificate to them.

Apart from China, COVID-19 is another threat in Leh. For this, ITBP is sending troops to such locations with fitness checks, which take days.

ITBP, who is receiving troops from all parts of the country, has made a base in Leh where after getting quarantine for prescribed days. The troops undergo four staged physical check-up.

After receiving troops, they have to stay for a limited period in a quarantine centre to ensure that they are not infected with COVID-19. In Leh, troops have to go through temperature check, vital check, and blood tests, which are mandatory to send troops to forward locations.