Jacqueline in search of peace: Appeal media not to intrude her privacy 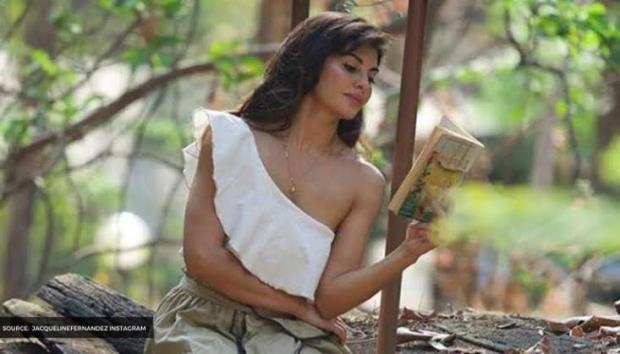 Bollywood actress Jacqueline Fernandez recently caught in a rough phase in her life. The actress grabbed the headlines for having a relationship with conman Sukesh Chandrashekhar. The actress actual landed in a trouble when her name got involved in Rs 200 crores extortion case. She also received summon from ED.
During the investigation, Sukesh claimed that he was in relationship with the actress and gifted her luxurious items. Some pictures of him and Jacqueline also got viral on internet in which the actress can be seen kissing Sukesh. After the crisis, Jacqueline is seeking for spiritual help to overcome this rough phase of her life. According to sources, Jacqueline is reading books for self healing. She is taking help of spirituality to overcome this darkness. She is also doing mediation to heal her mind.
Recently the actress took her social media account and appealed everyone not to intrude in her private space and not spread the pictures. In the note, she wrote, “This country and its people have always given me tremendous love and respect. This includes my friends from media, from whom I have learned a lot. I’m currently going through a rough patch but I’m sure that my friends and fans will see me through it. It is with this trust that I would request my media friends to not circulate images of a nature that intrude my privacy and personal space. You would not do this to your own loved ones, am sure you would not do this to me either. Hoping that justice and good sense prevails. Thank you.” 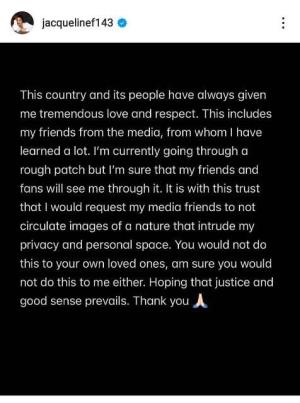 Also read: Finally! Jacqueline Fernandez Appears Before ED In Case Against Conman Sukesh Chandrashekhar
In her note she clearly appealed media to not circulate her pictures with Sukesh because this is affecting her private space. Jacqueline always received love from her fans and loved ones. Regarding her upcoming project, she will be shortly seen in Attack co-starred with John Abraham.