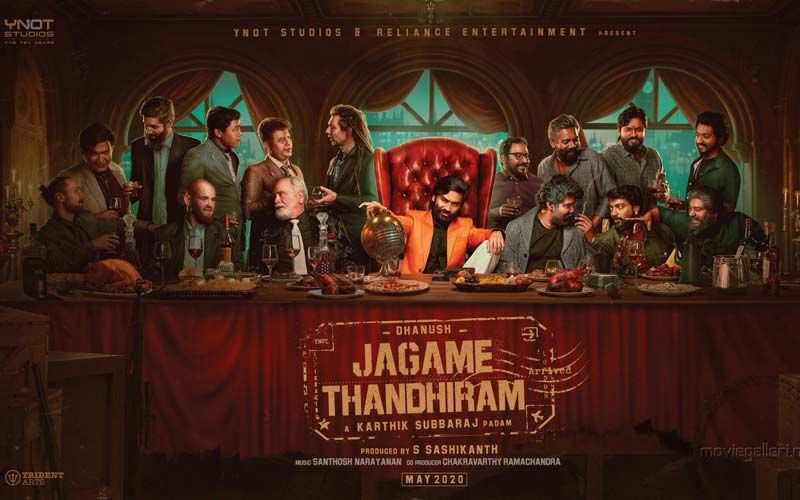 On Tuesday, the trailer for Dhanush's much-anticipated flick Jagame Thandiram was revealed. Dhanush plays a Tamil gangster with worldwide ambitions in the film, which was written and directed by Karthik Subbaraj.

Dhanush plays Suruli, who appears to be a vivacious guy based on the trailer. He also seems to have a strong taste for violence, mind games, and, of course, a good sense of humour. We also catch a glimpse of James Cosmo, a Hollywood actor who is making his Indian cinema debut with the film. Suruli's aim is put in jeopardy by a London-based mafia lord, played by James Cosmo.

Last May, Jagame Thandiram was decided to be released. However, the coronavirus outbreak prompted the filmmakers to postpone the film indefinitely. Its team has always stated that the film was intended for a big-screen experience and that there were no intentions for an OTT release. 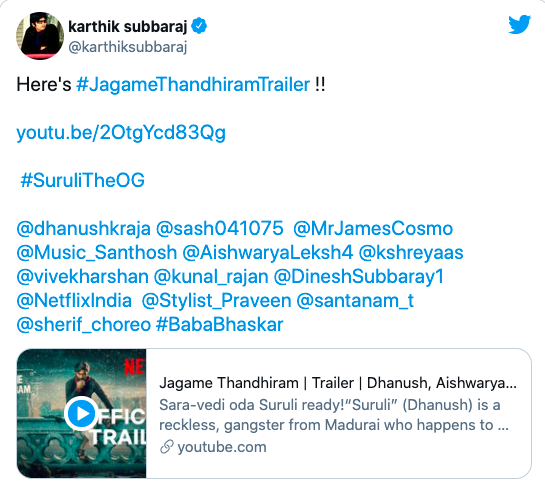 However, everyone was caught aback when Y Not Studio producer S Sashikanth stated that the film would be released on Netflix on June 18 instead of in theatres. 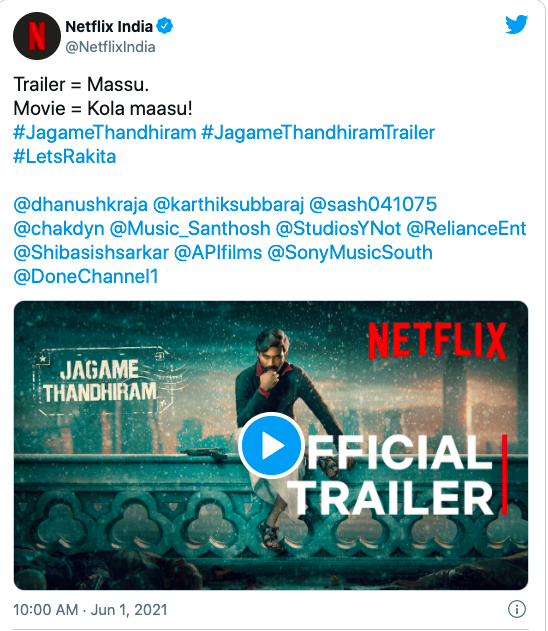 Sashikanth's decision reportedly affected his connection with Dhanush, as the two are said to be at odds. This decision has affected so much that Dhanush has shied away from any and all promotional activities for the film. In reality, Dhanush joined a social media campaign organized by his supporters to persuade Sashikanth to drop out of the Netflix direct-to-home release. 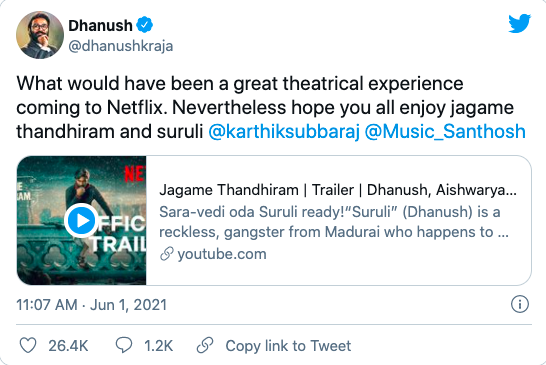 At the time, Dhanush had tweeted, “I am hoping for the theatrical release of Jagame Thandiram like the theatre owners, exhibitors, distributors, cinema lovers and most of all my fans. Fingers crossed.”

Sashikanth, on the other hand, stood steadfast in his resolve. In retrospect, it appears to have been a wise decision. It's possible that the producer determined that the hazards of distributing Jagame Thandiram in theatres outweighed the benefits.

Due to the pandemic, it's safe to conclude that the film's box office earnings were well below its potential. Due to the pandemic second wave that has been in effect since April, its theatrical run may have been cut short prematurely.

Get the latest update about Jagame Thandiram trailer launched on netflix, check out more about Entertainment news, Dhanush as a Tamil gangster in Jagame Thandiram, ott platforms & truescoop news