The surgery went on for four hours involving the use of a premium operating microscope that can enlarge the brain area. 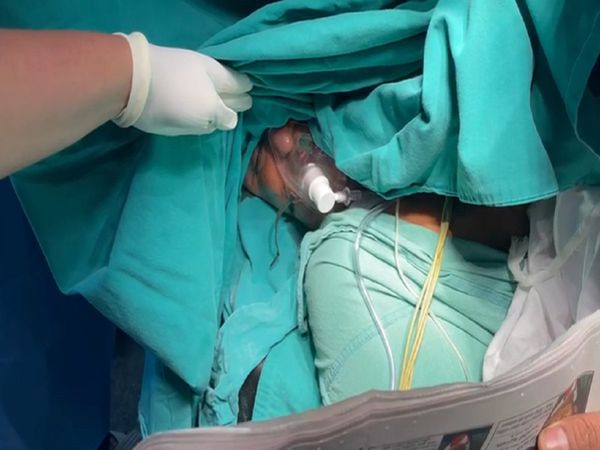 A neuro-surgery team, under the supervision of Doctor KK Bansal, performed a complex surgery on a 57-year-old, saving his life. The surgery lasted for four long hours. The surgery was no less than a miracle as during the surgery procedure even the smallest mistake would have caused loss of speech or even paralysis due to the location of the tumour.

The surgery was carried at Narayana Hospital in Jaipur on Tuesday on a retired constable Ridhamlal Ram, who was diagnosed with epilepsy. The disease causes severe seizures and also has affected his speech. A low-grade tumour was discovered in the area of the brain responsible for speech.

The patient kept reciting the Gayatri mantra during the surgery.

Zonal Clinical Director at Narayana Hospital, Dr Mala Aron stated, “The four-hour surgery involved the use of a high-end operating microscope which can magnify the brain area. Such surgeries can be performed at very few centres across the country and require high-end neuro-surgical expertise.”

Patient Ram was kept awake by the doctors during the surgical procedure and he kept chanting the Gayatri mantra. Usually, patients are given anaesthesia during the surgery but Ram was operated upon in full consciousness to recognise the impact of the procedure on the various brain parts and remove any chances of error.

A similar procedure was done in 2018, on a 30-year-old accountant who kept reciting the Hanuman Chalisa during brain surgery.

Such kind of unique neurosurgeries is known as “Awake Craniotomy” or “Awake Brain Surgery”.

Very few such surgeries have been performed in India so far.