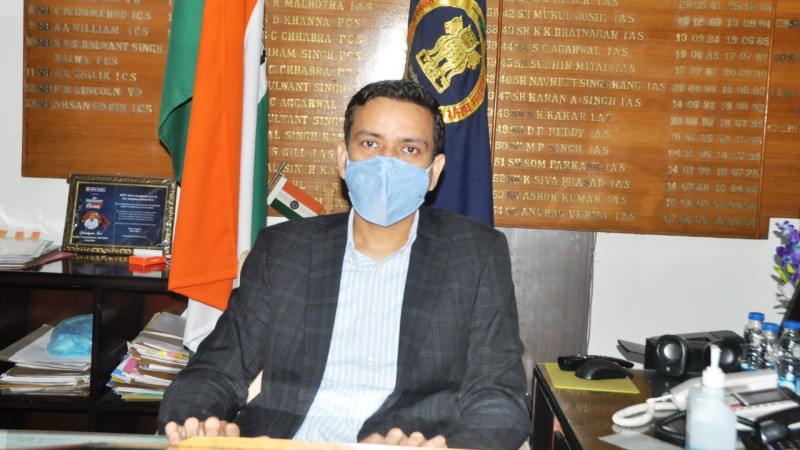 Jalandhar, March 26:Adding another feather in its cap, Jalandhar district has ranked first in the state for redressing public grievances within stipulated timeline received online through www.connect.punjab.gov.in portal.

Divulging the details, Deputy Commissioner Ghanshyam Thori said that PB-PGRAMS portal was launched to provide time-bound and smooth solution to public grievances. He added that as many as 536 complaints had been filed on this portal by the citizens of which 500 were addressed by the concerned authorities. He further mentioned that no complaint was pending on the portal beyond the given timeline adding the portal reflected zero pendency in Jalandhar.

The deputy commissioner stated that the portal aimed at providing one-stop digital platform to all kinds of grievances with special focus on in-time remedy to reported complaints as any matter filed on this unique system is redressed within a time period of seven days from the date of filling.

The DC said that to facilitate citizens with assistance in logging complaints on the portal, the district administration had already started the complaint filing services at Sewa Kendras. He added that people either can file a complaint directly or visit nearby Sewa Kendras to submit a complaint with the required documents. A facilitation fees of Rs. 10 is collected by the Sewa Kendra adding Mr. Thori exhorted people to utilize this grievances redressal mechanism to get time-bound solutions to their issues.

The deputy commissioner said that directions have already been given to the officials to strictly adhere to the timely resolution of the complaints filed by the citizen on the portal. He said that the Punjab Government is committed to giving topmost priority to settle all the concerns of citizens as soon as possible through this digital medium. Meanwhile, he also lauded the team spirit demonstrated by the entire team of district administration to make this portal a successful venture in Jalandhar and directed the officials to continue to exhibit such zeal and passion towards citizen service.

Get the latest update about Sewa Kendras, check out more about Jalandhar, Ghanshyam Thori, India & India