The reason cited by the party for not being able to make the payment was the non-availability of funds. Author : Guneet kaur 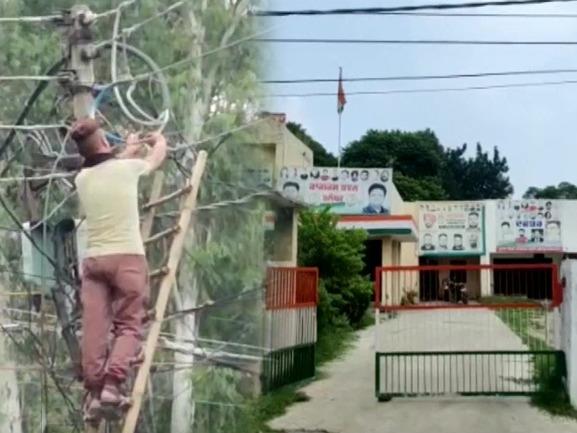 On Tuesday, Punjab State Power Corporation Limited disconnected the connection of the Congress office of Jalandhar due to non-payment of dues for the longest time. Reportedly, around 3.5 lakhs are still pending on the Congress Bhawan to be paid to the PSPCL. There were two connections at the office and both have been disconnected.

According to the information received, the Congress Office of Jalandhar was allegedly trying to steal electricity, so PSPCL workers removed the wire from the pole to prevent the party from getting any kind of electricity. Earlier, the Congress party asked for some time to pay the bill. The reason cited by the party for not being able to make the payment was the non-availability of funds.

One of the former MLAs has called the disconnection of electricity a shameful act. The employees working in the office have stated that the whole of Bhawan is working only on invertor but when the electricity officials reached the roof, they saw that a latch was inserted with the main power line. On being asked all the present workers refused to have any information about the same.

According to the PSPCL, till the time all the dues are not cleared by the Congress workers, the power will not get restored in the building.